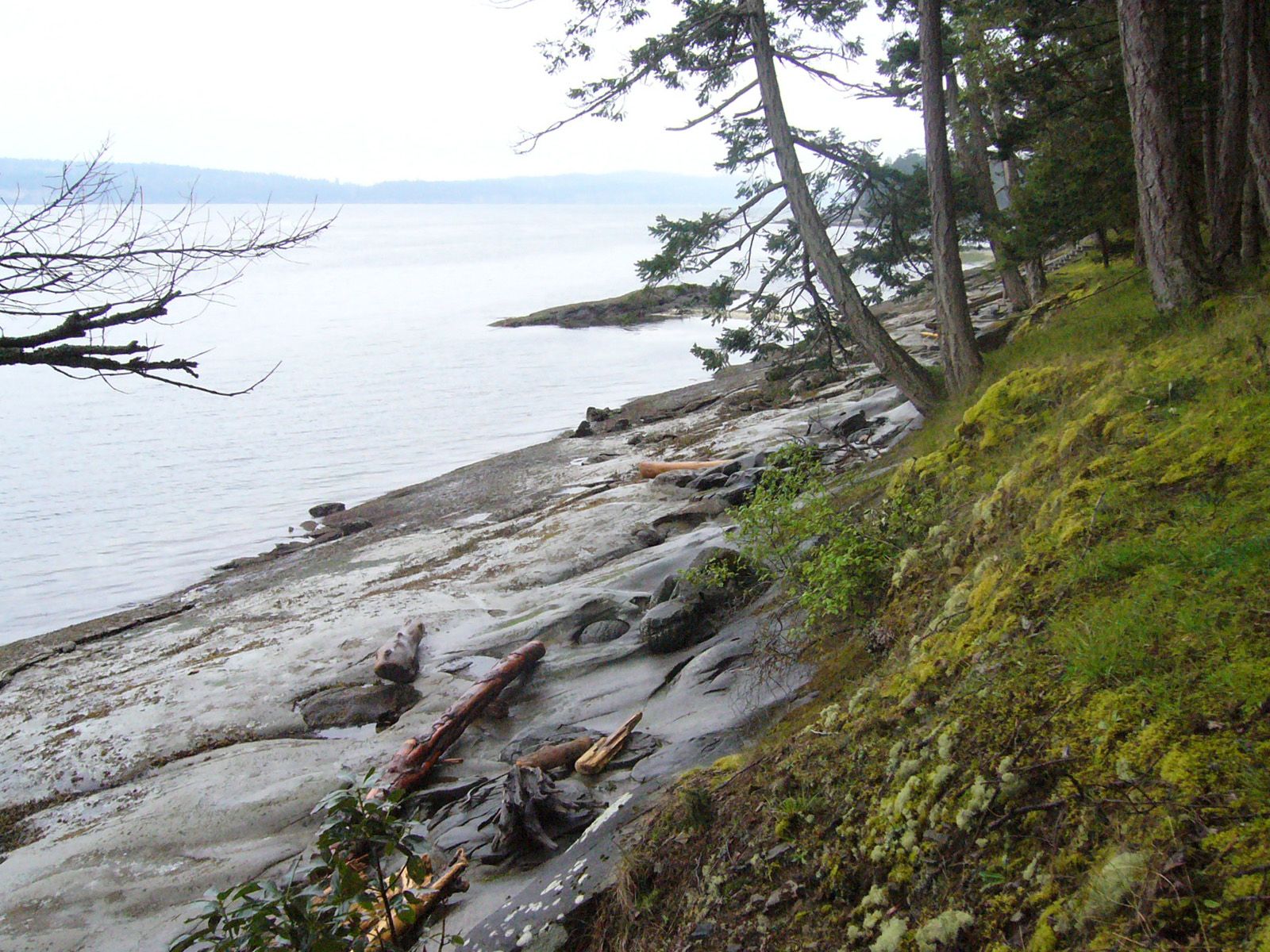 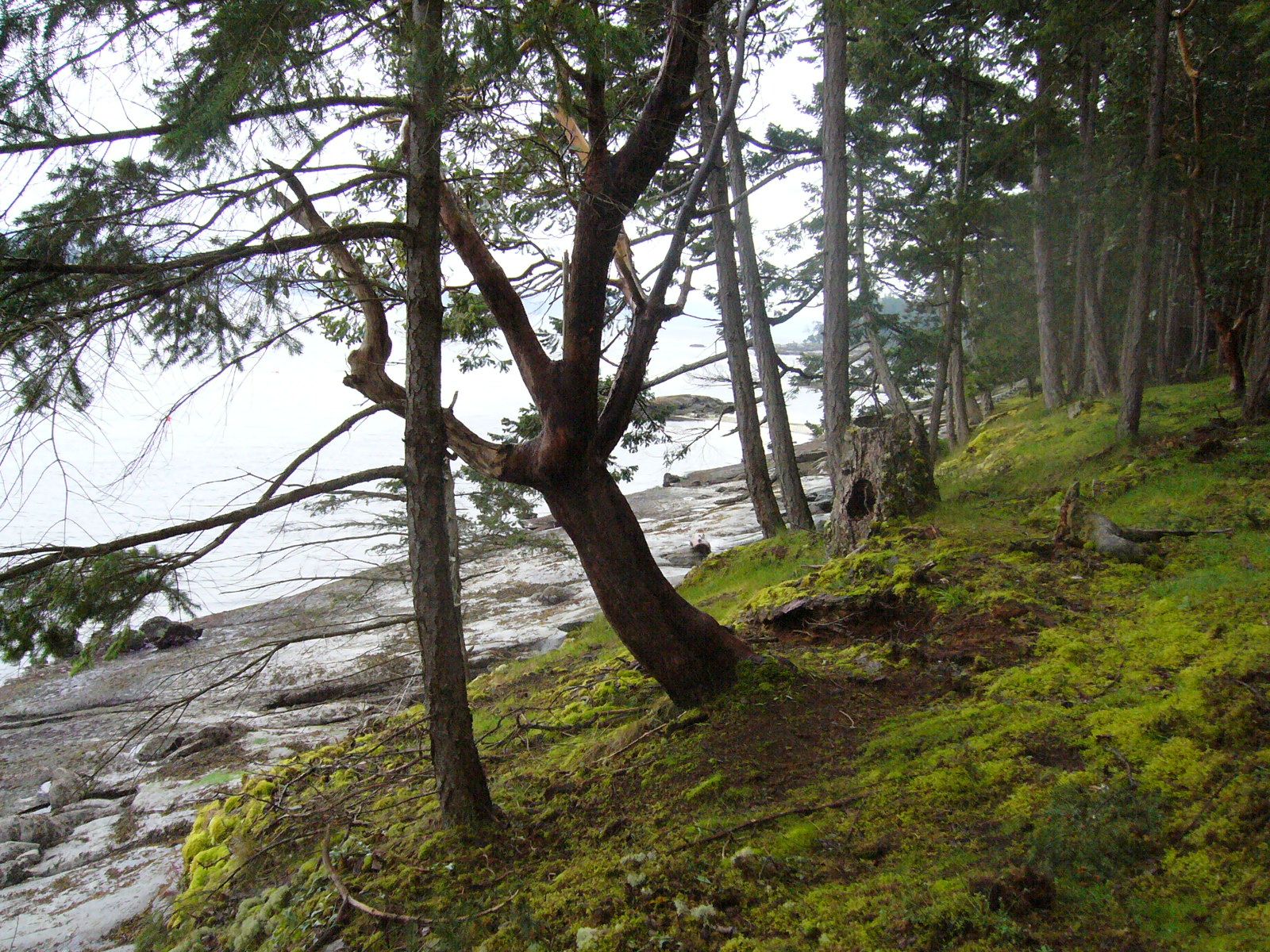 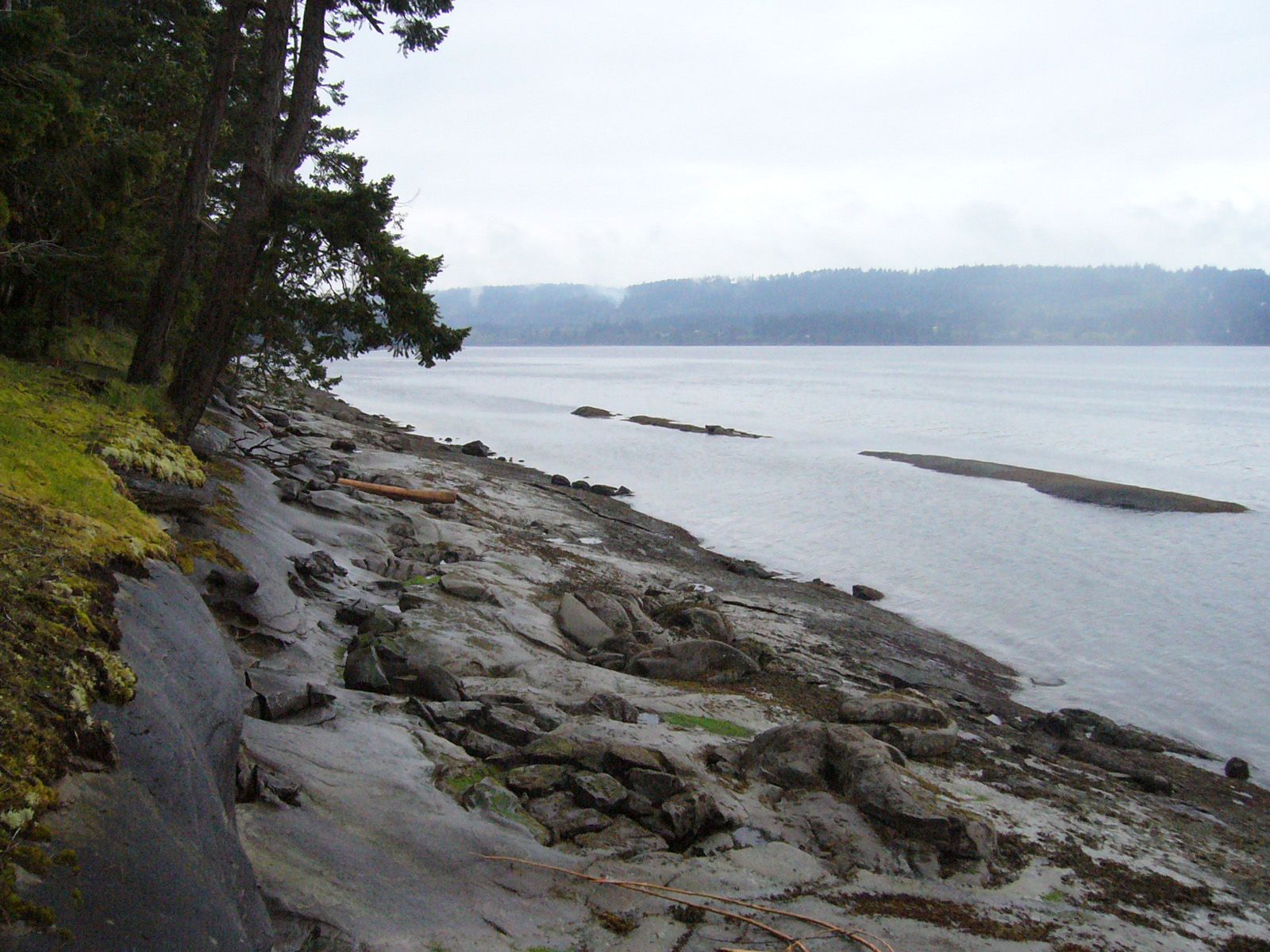 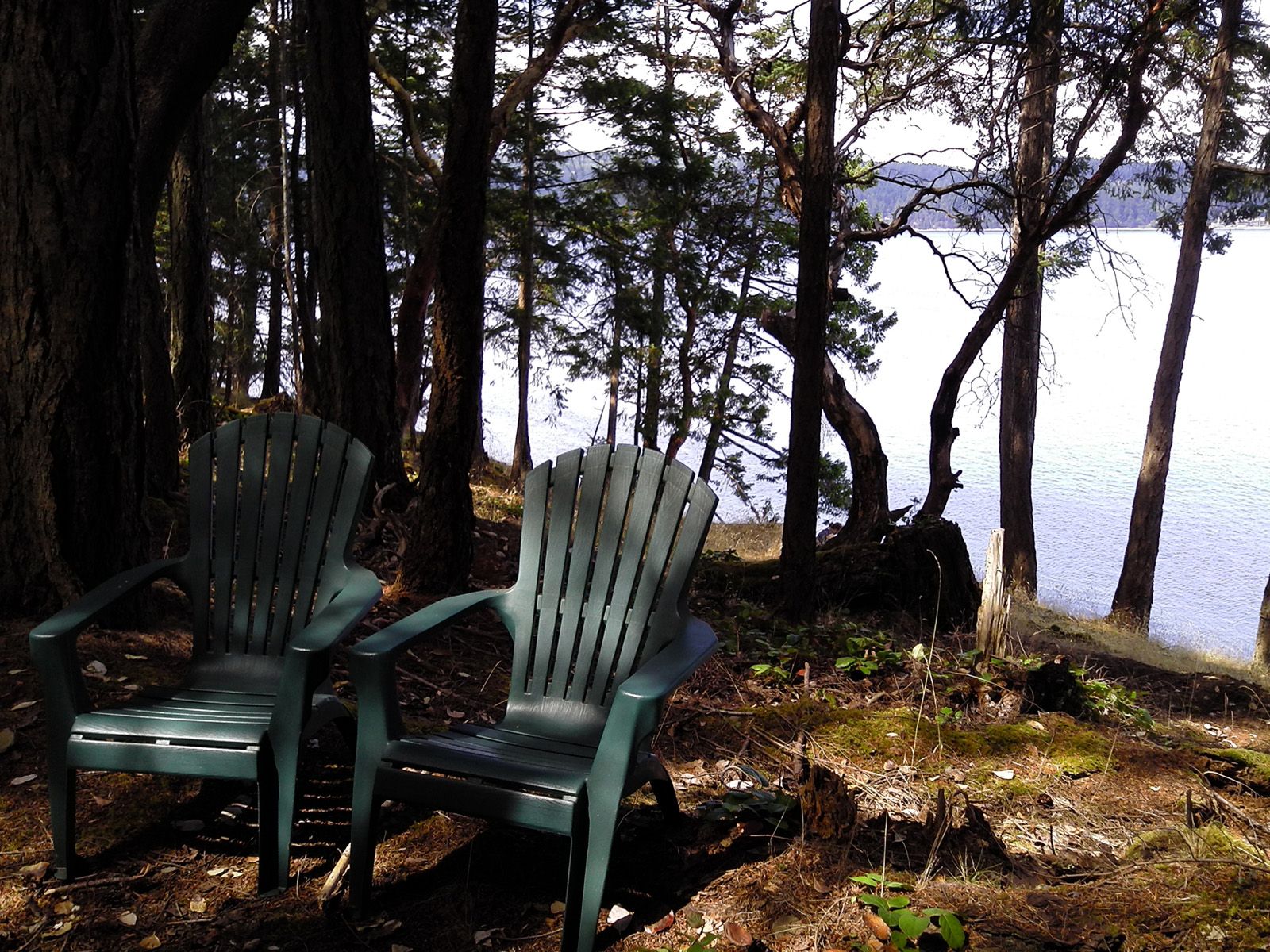 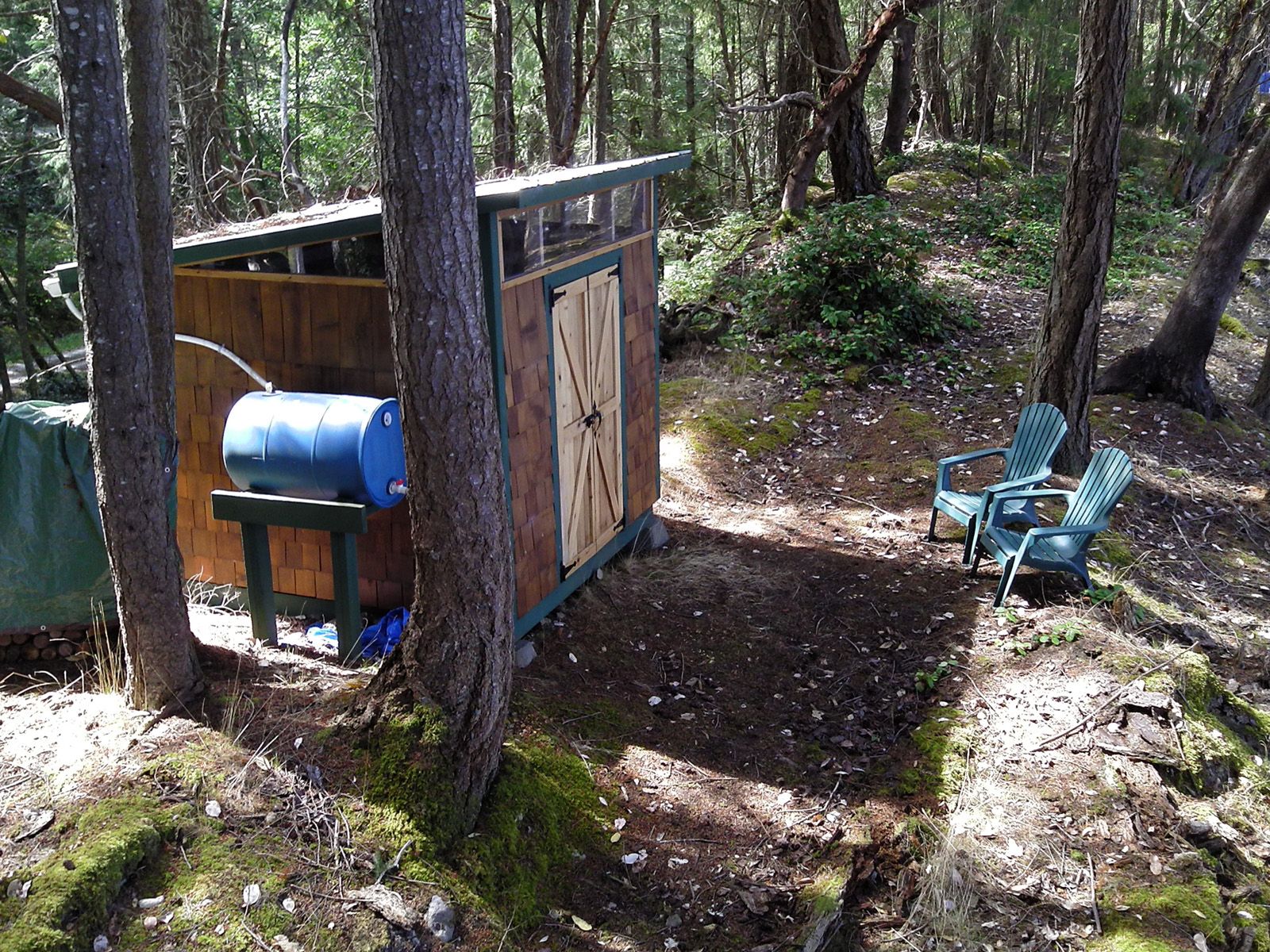 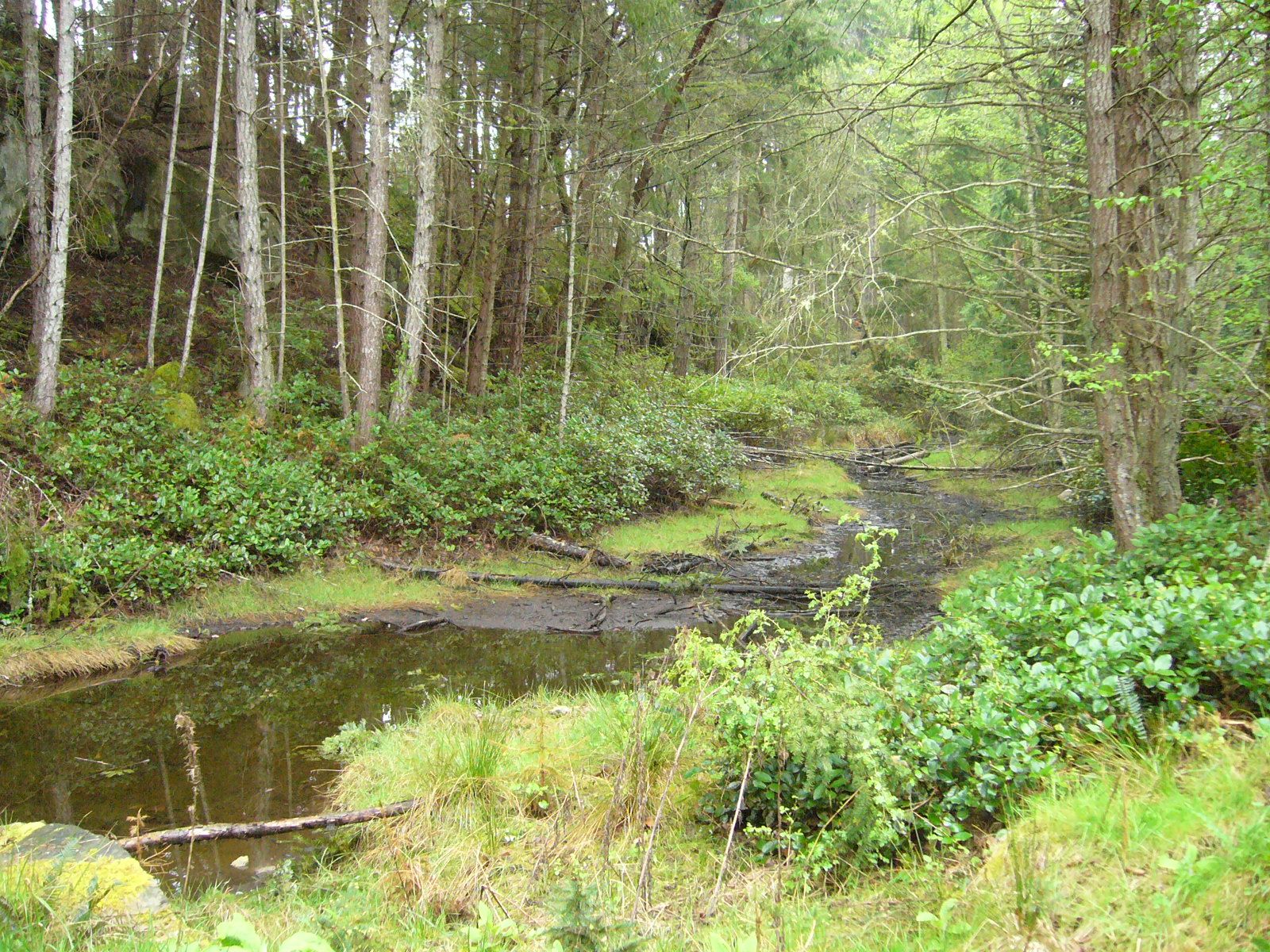 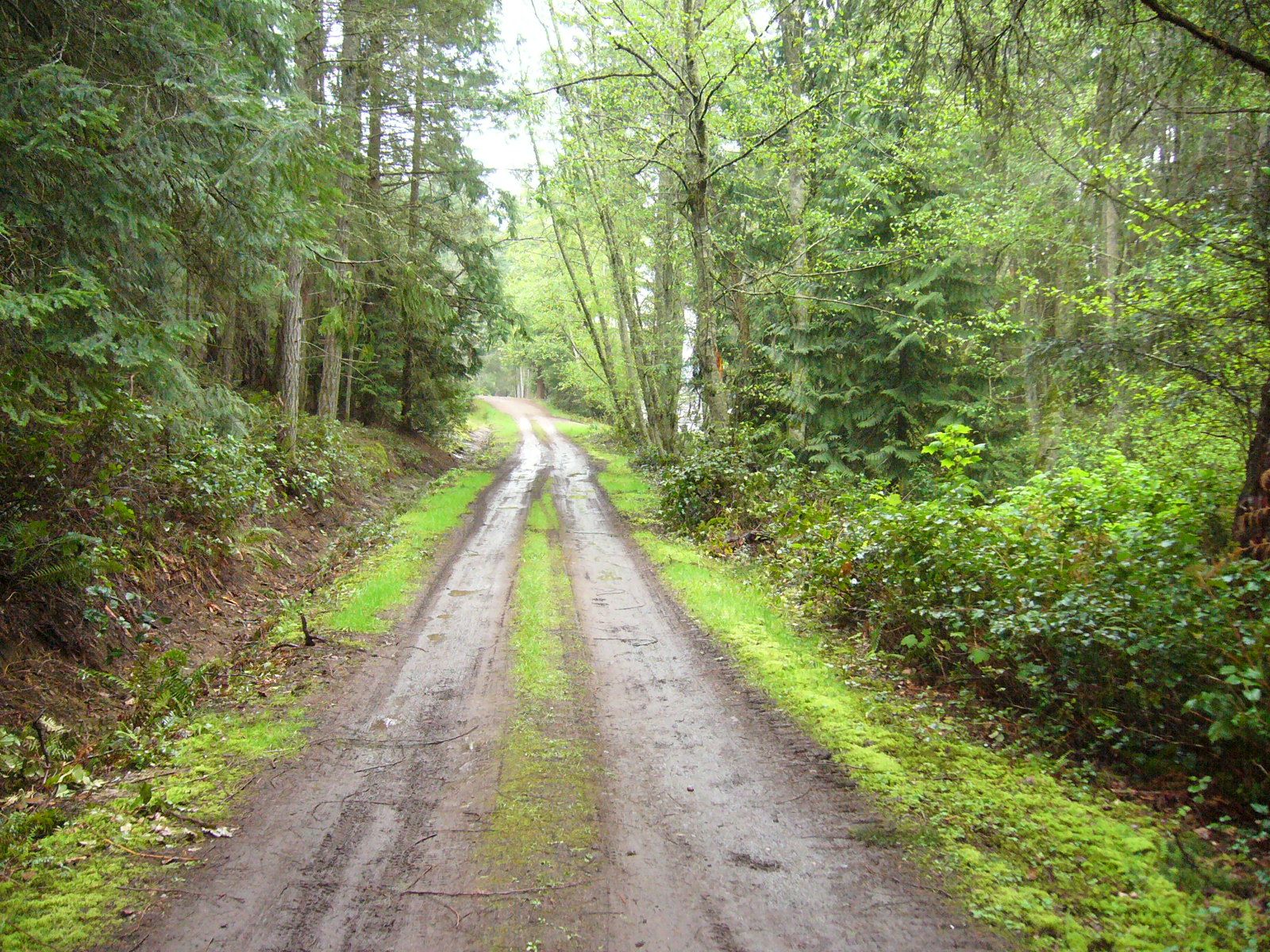 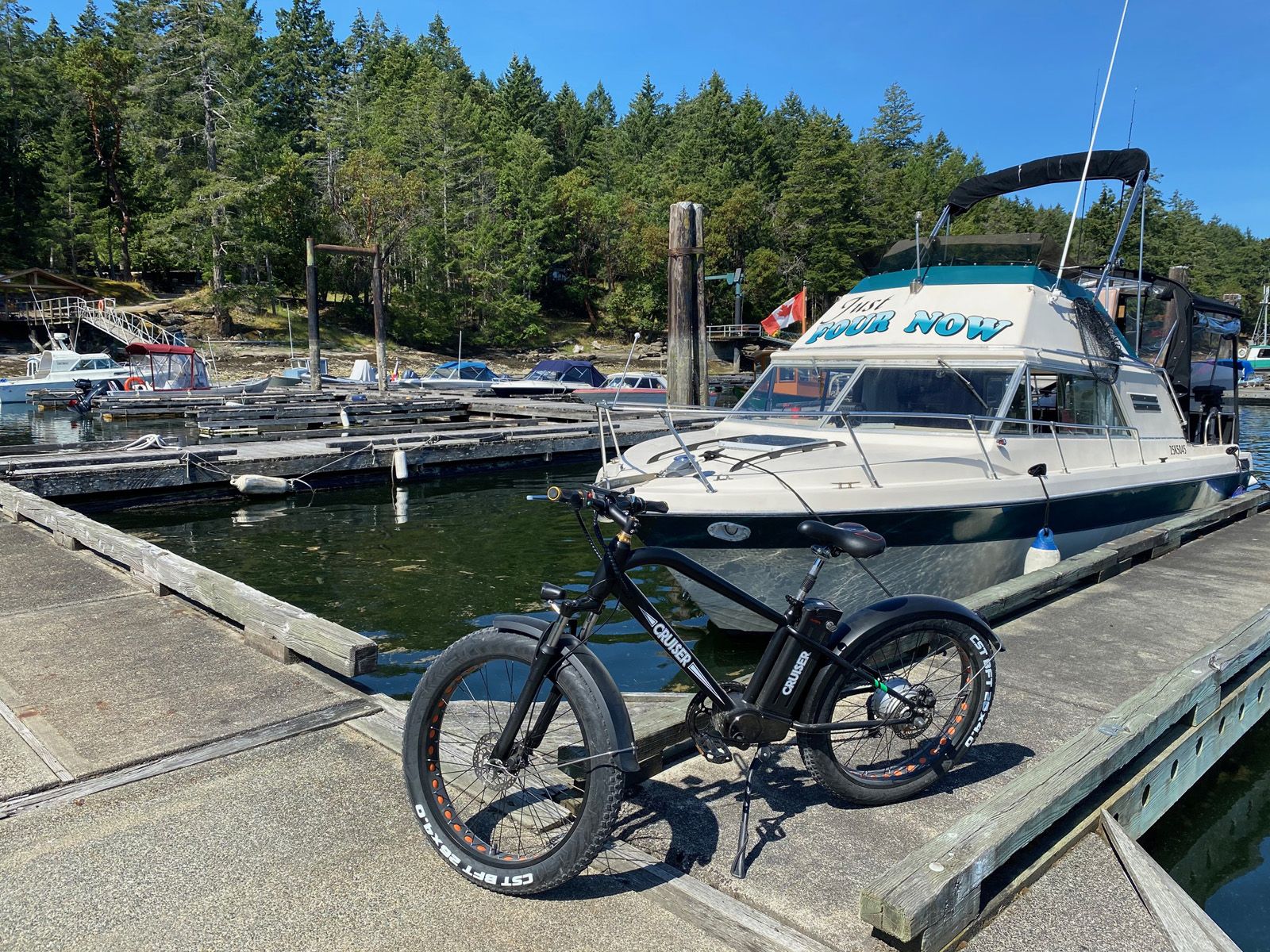 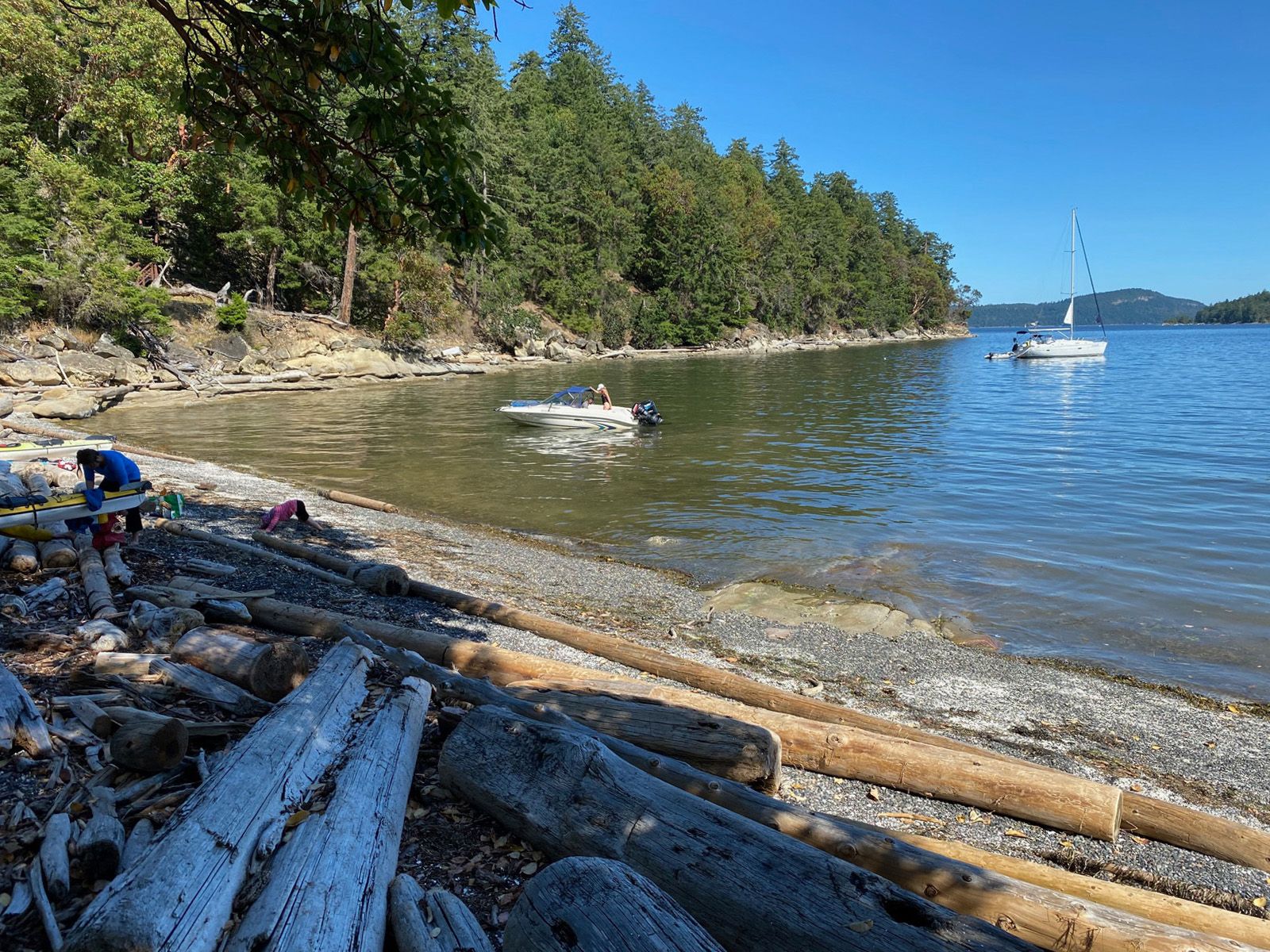 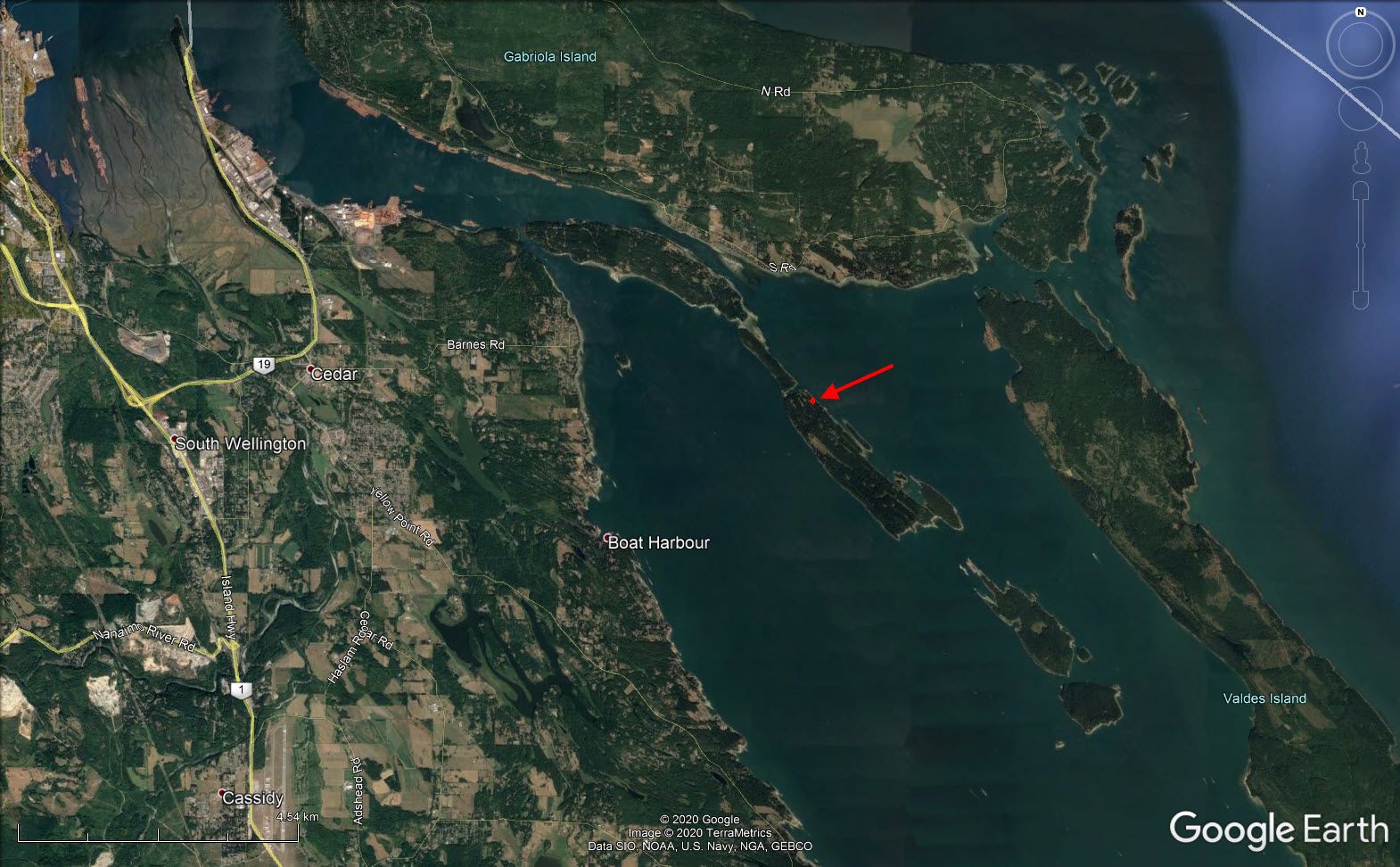 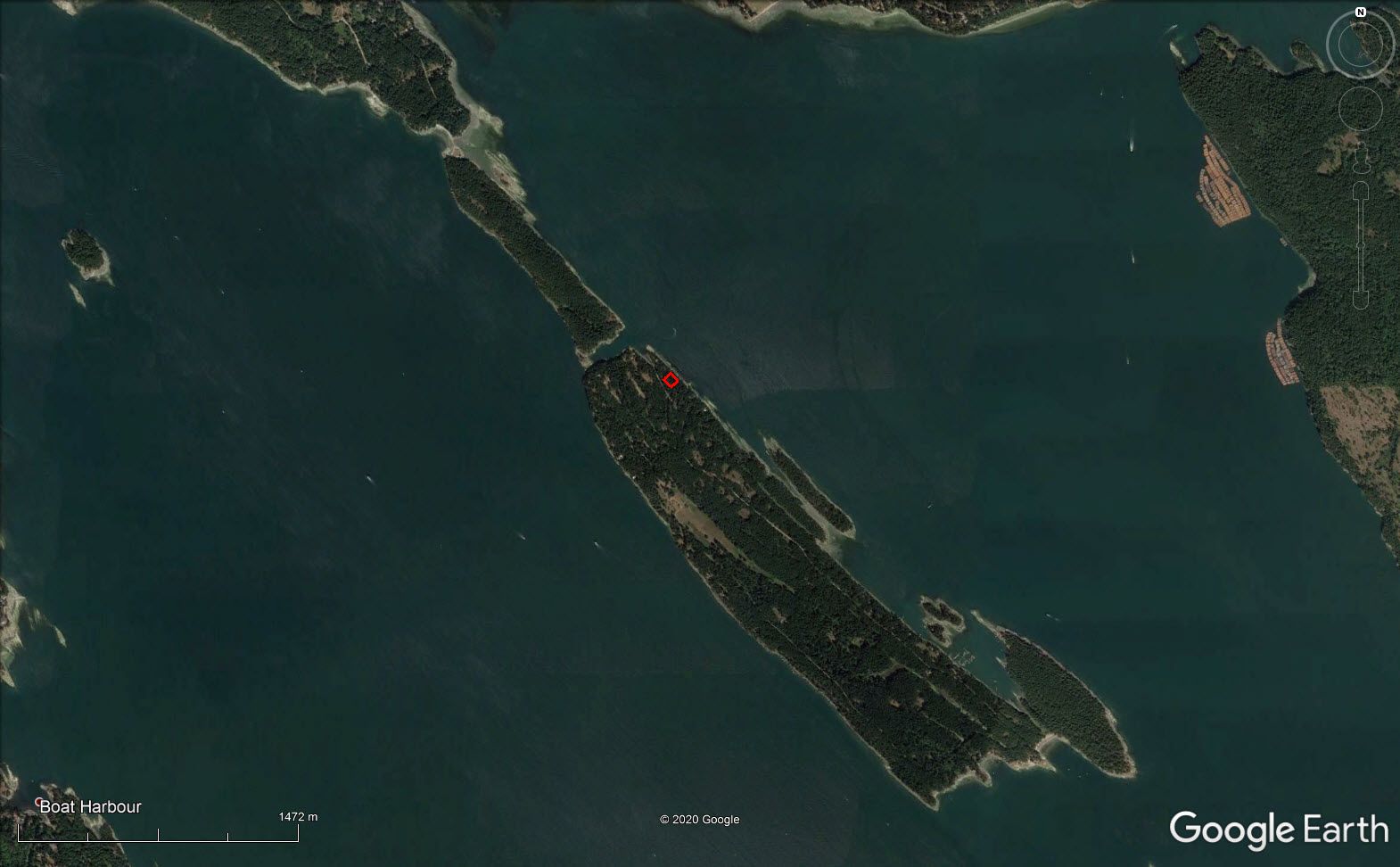 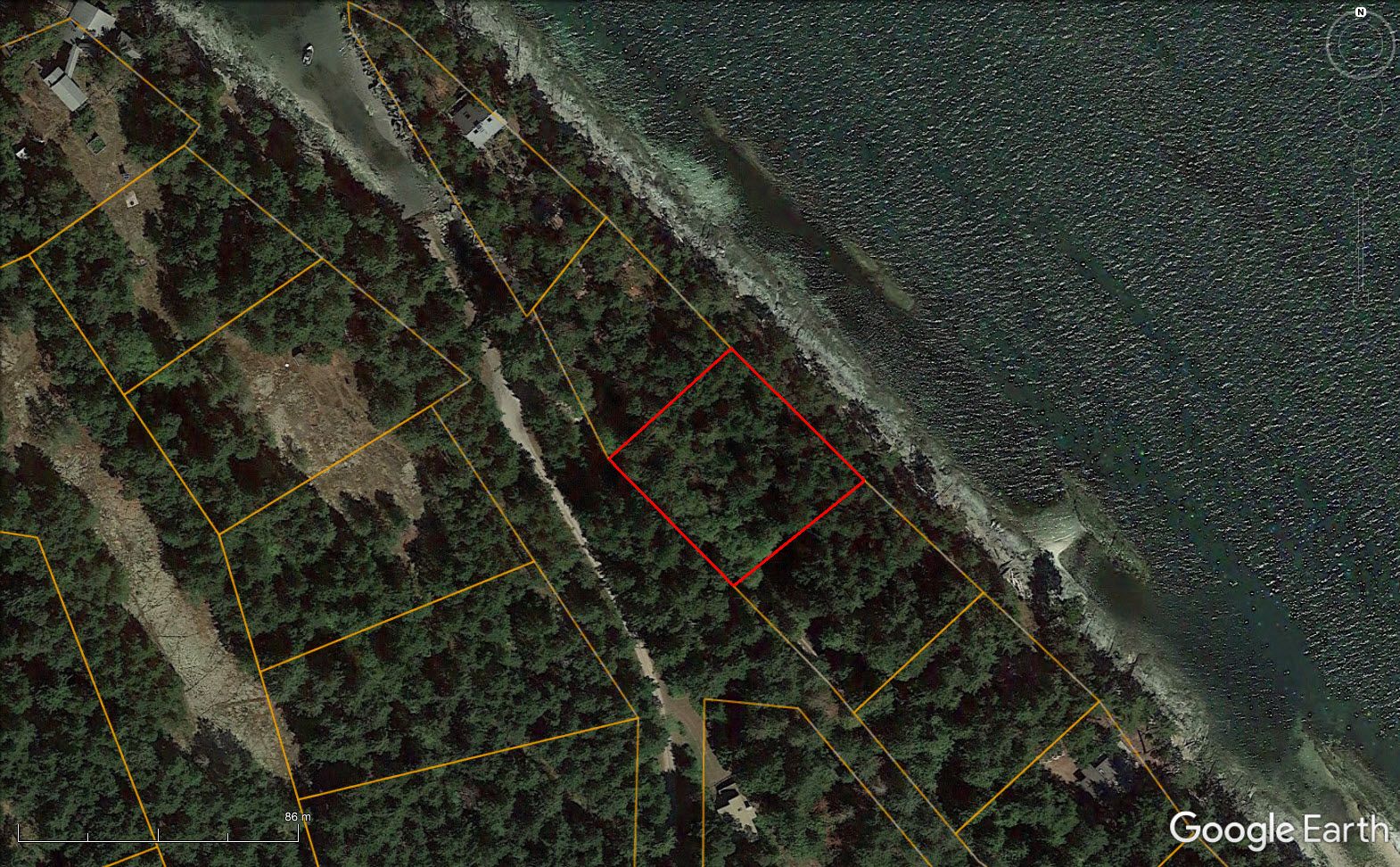 Prime 0.72-acre oceanfront lot with approximately 180 feet of low bank frontage facing northeast towards Gabriola Island and Valdes Island. There are many building sites to choose from with stunning ocean views. Two structures have already been built on the property, a storage shed with rainwater collection and a structure that has a composting toilet. One could comfortably camp on the property for this summer while contemplating where and what they would like to build. The property is located on the northeast end of De Courcy Island close to the barge landing, allowing easy access to building materials. It is also close to Pirates Cove Marina where private protected moorage is available.

De Courcy Island has a well-established and maintained internal road network that circumnavigates the island, perfect for bike riding or stretching your legs. There are various access points down to the ocean with a nice public beach at the south end of the island. The island is easily accessible by water from various points, but Boat Harbour or Gabriola Island are close by. Affordable float plane service is also available from Vancouver.

If you're looking for an affordable Gulf Island recreational oceanfront, call to book your appointment to view today!

This lot is located at 196 Long Island Lane, which is on the northeast end of De Courcy Island.

Like many of the Gulf Islands, De Courcy Island contains an interesting mixture of plants, some coastal and some more typically found in the dry interior of BC. Rocky Mountain juniper, satin flower and poison oak are all species that are much more widely spread in the interior than they are on the coast, but they thrive here in the dry summers of De Courcy Island.

One of the Gulf Islands' most popular marine parks, Pirates Cove Marine Provincial Park is located on the southeast corner of De Courcy Island. Outdoor enthusiasts can hike the 4-kilometre trail or explore the sandstone beaches and caves. As would be expected, swimming and kayaking are popular activities at Pirates Cove, called Gospel Cove by the Aquarians. The 31-hectare (75 acre) Pirates Cove offers walk-in campsites, a magnificent all weather anchorage, and a variety of opportunities for wildlife viewing.

Located in Northumberland Channel off the east coast of central Vancouver Island, De Courcy Island was named after Michael de Courcy, captain of the H.M.S Pylades, a vessel that charted these waters from 1859 to 1861.

De Courcy Island is about 300 acres in size and is heavily forested in most areas, except for a small private farm on the northwest side of the Island. There are several middens on De Courcy Island that indicate native use of the land going back over 3,000 years.

Between 1943 and 1957, the Island was owned by a Swiss brother and sister, Paul and Anna Wyff. They farmed the Island communally with a few other people, living a simple and self-sufficient lifestyle. De Courcy Island Estates purchased the land in 1965 and subdivided it into approximately 160 lots. Today, De Courcy has around 40 residences built on the island, most of which are used on weekends or during the summer months.

Recent history of De Courcy Island records the drama played out in the late 1920s and early 1930s when the island was home to the Aquarian Foundation, a religious cult led by the "downright evil" Brother Xll. Believing himself to be the Twelfth Master of Wisdom who would usher in a new age, Brother Xll convinced 8,000 followers to hand over their worldly possessions and follow him to De Courcy Island.

The amount of money donated to the foundation is legendary—people would give their entire life savings in support. The land purchased included De Courcy Island. A settlement was built on the north end of the Island, with stories of having gun fortifications and rock shelters. Any excess money was said to have been converted to gold coins and sealed into glass jars and placed into cedar chests. Facing trial in Nanaimo in 1933 on a bundle of charges, Brother Xll and his cohort disappeared on the colony's boat. The couple and the colony's fortune were never seen in these parts again.