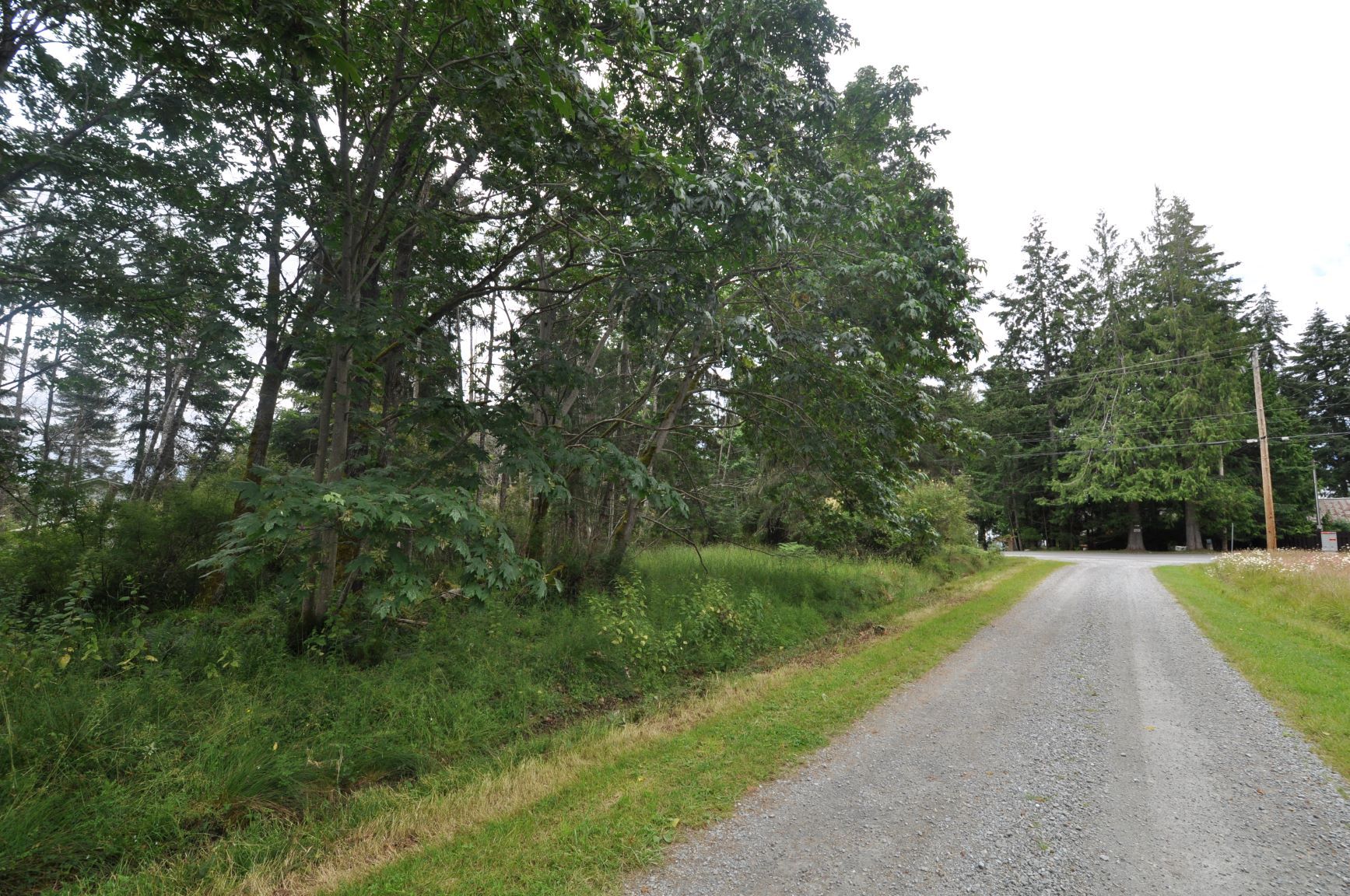 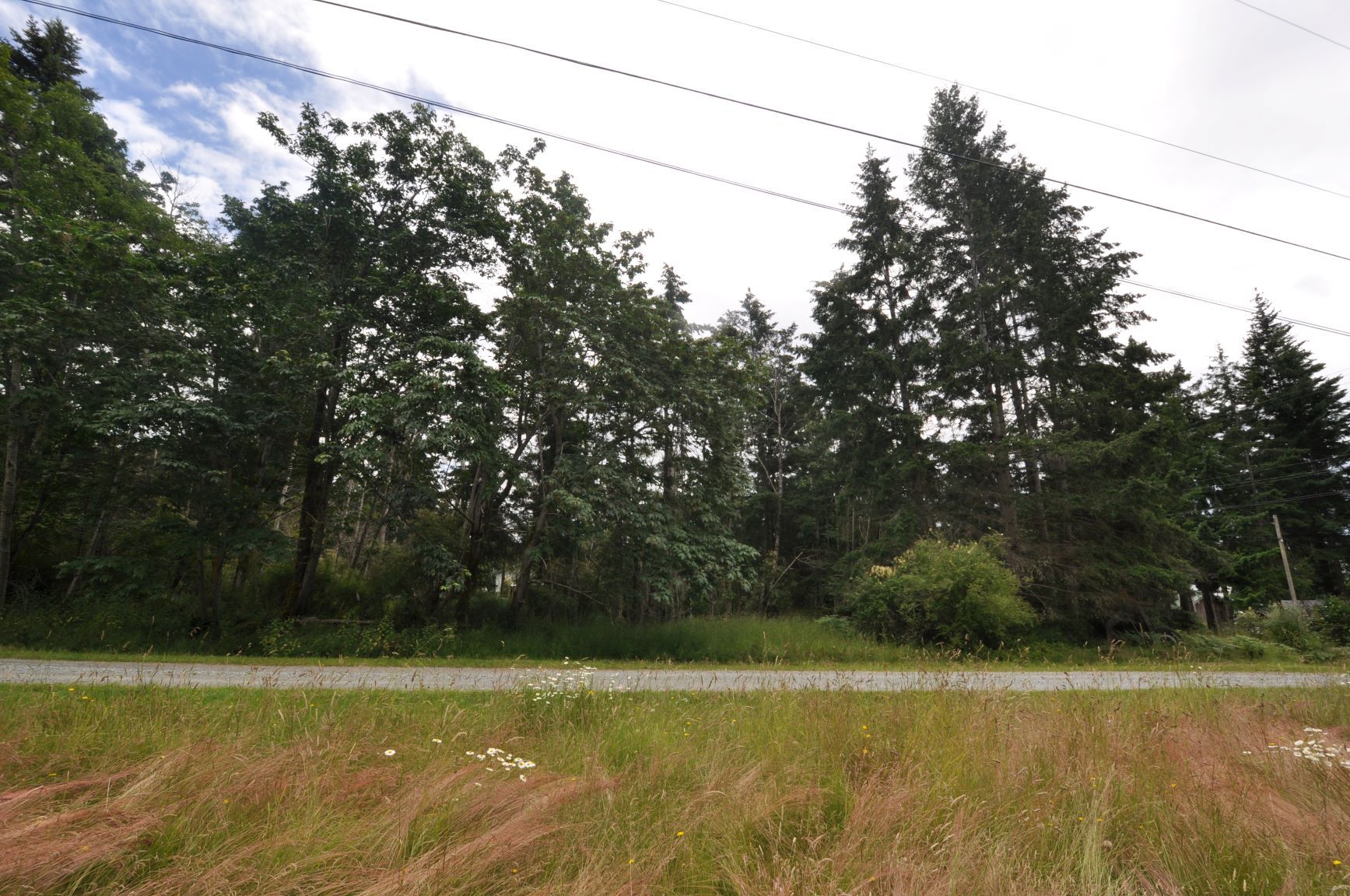 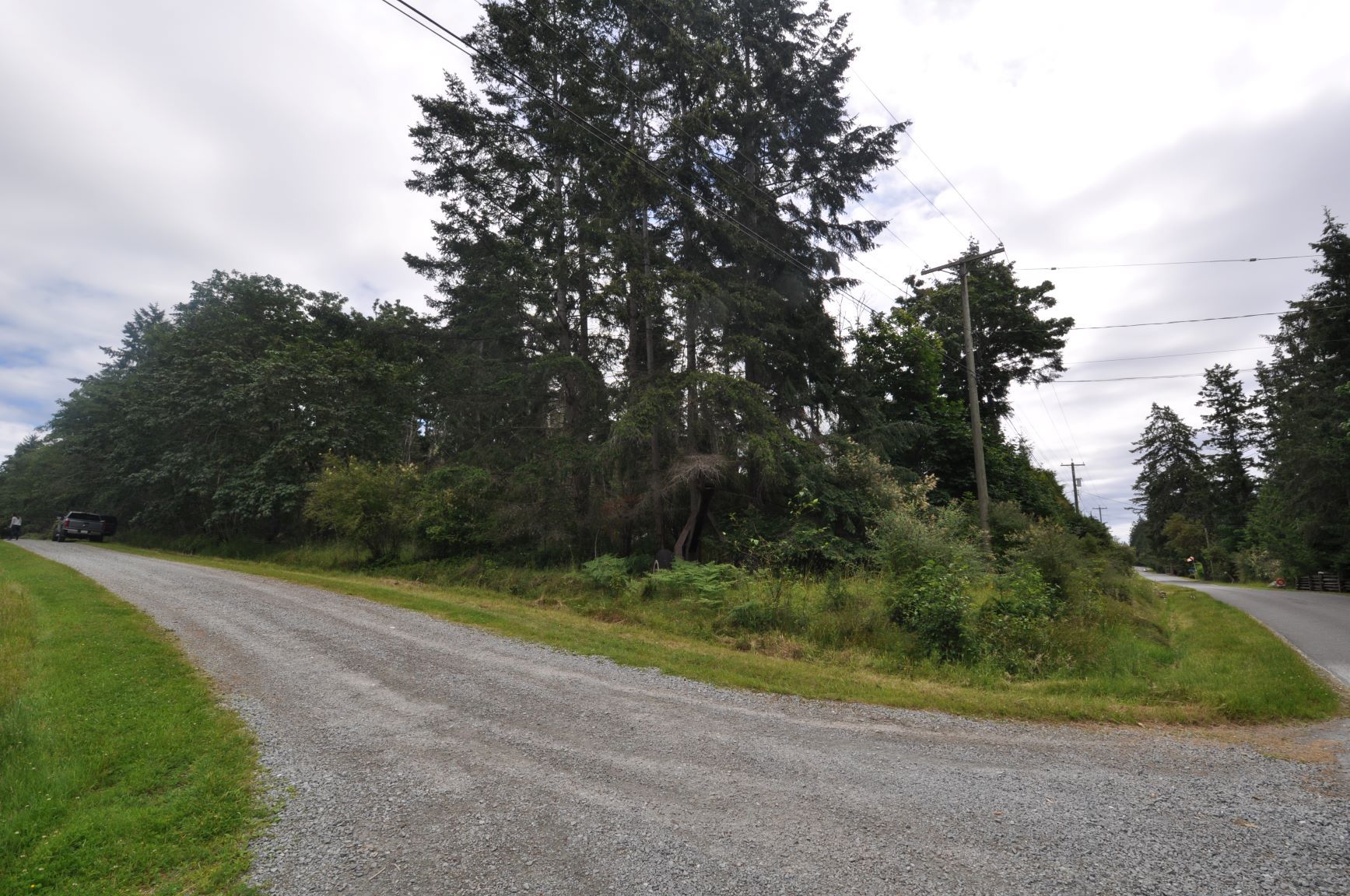 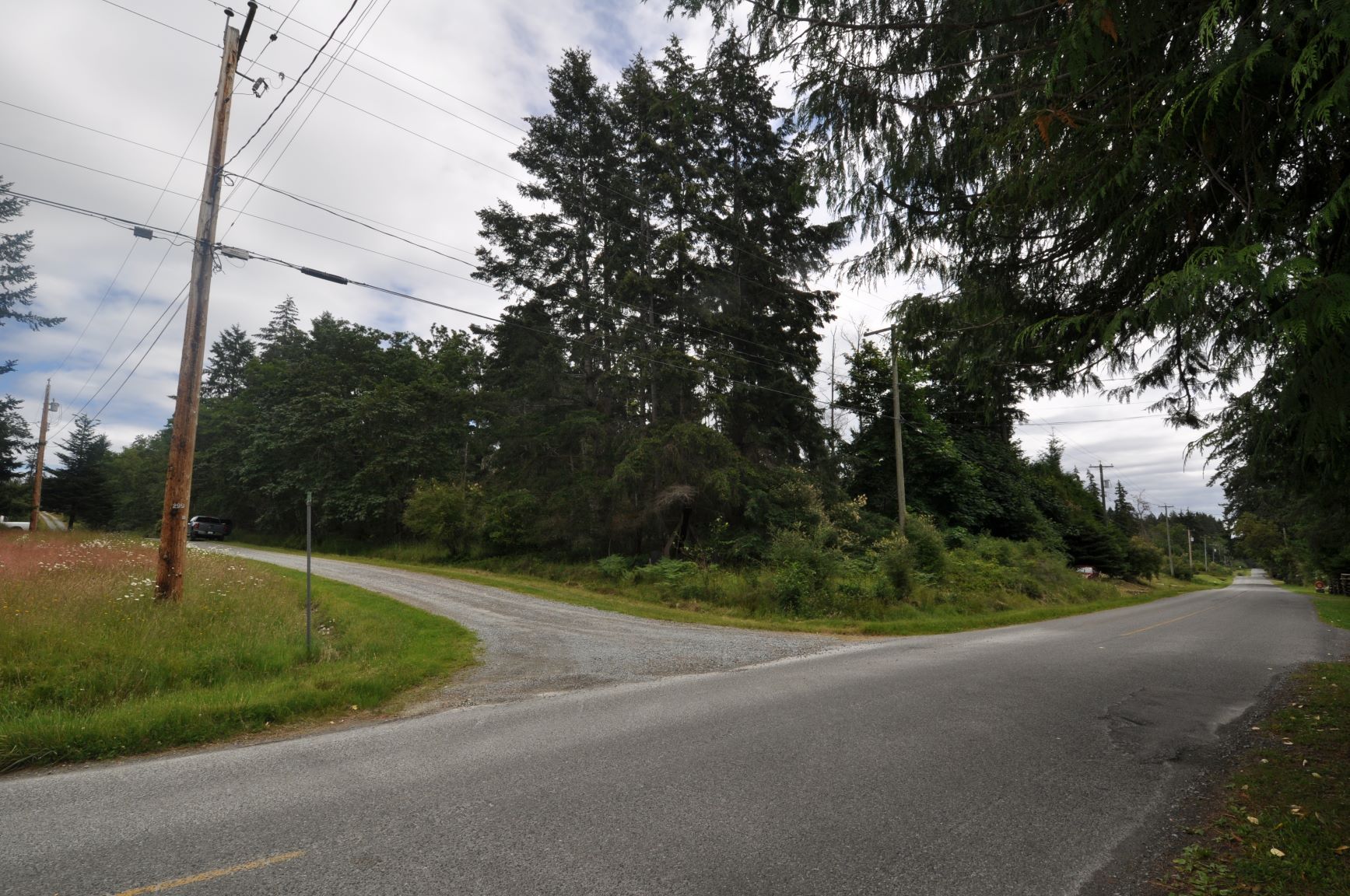 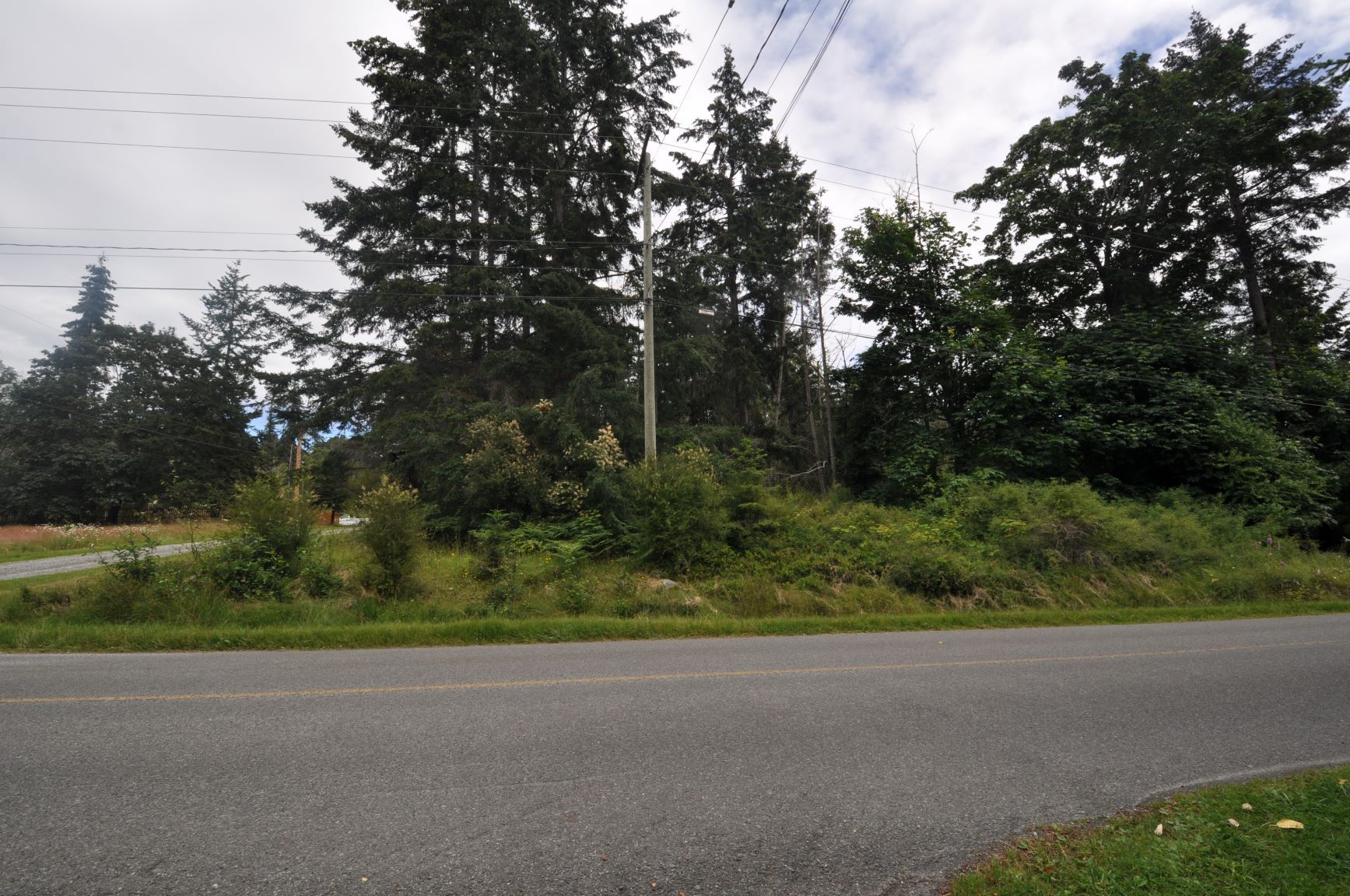 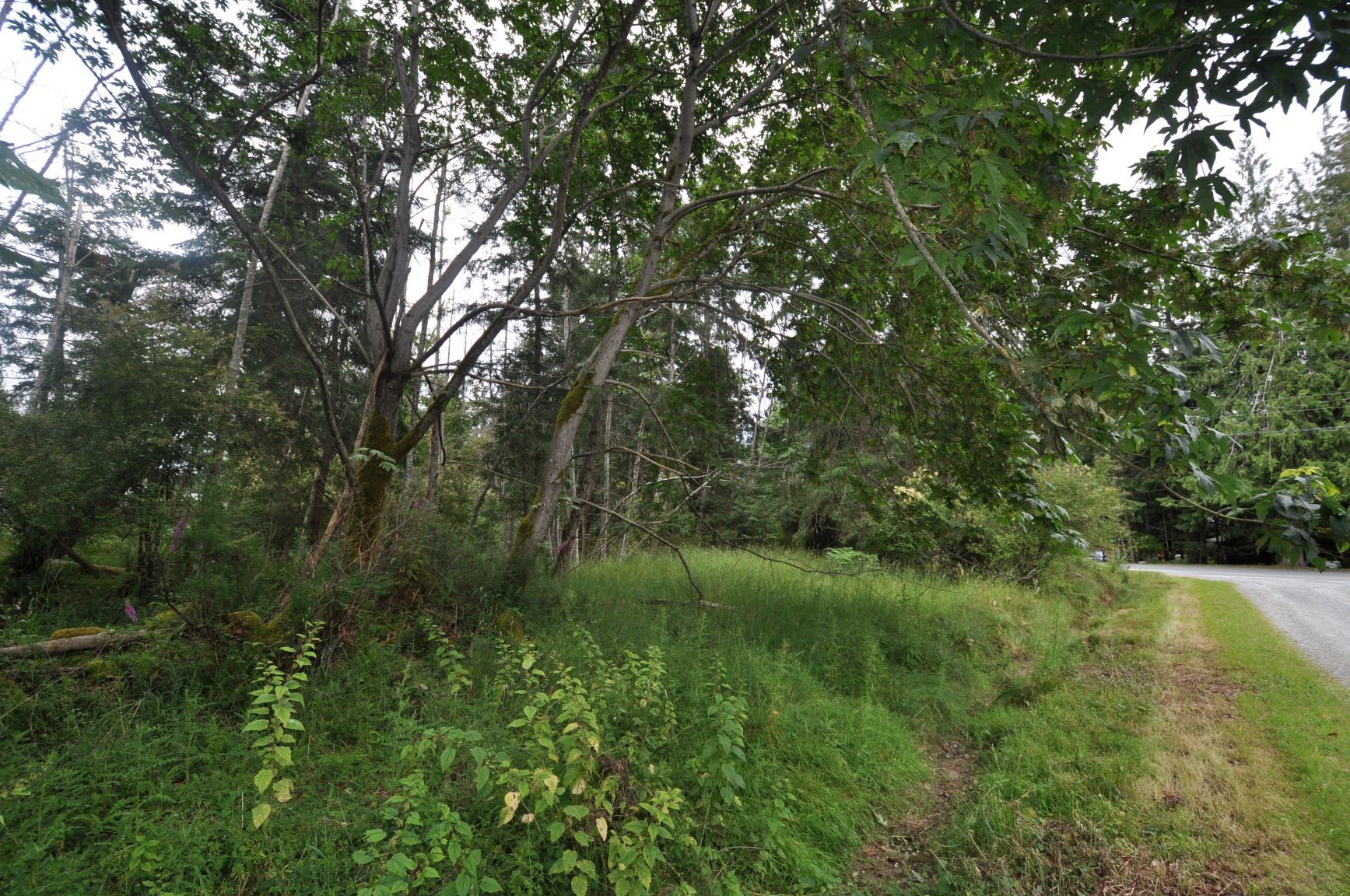 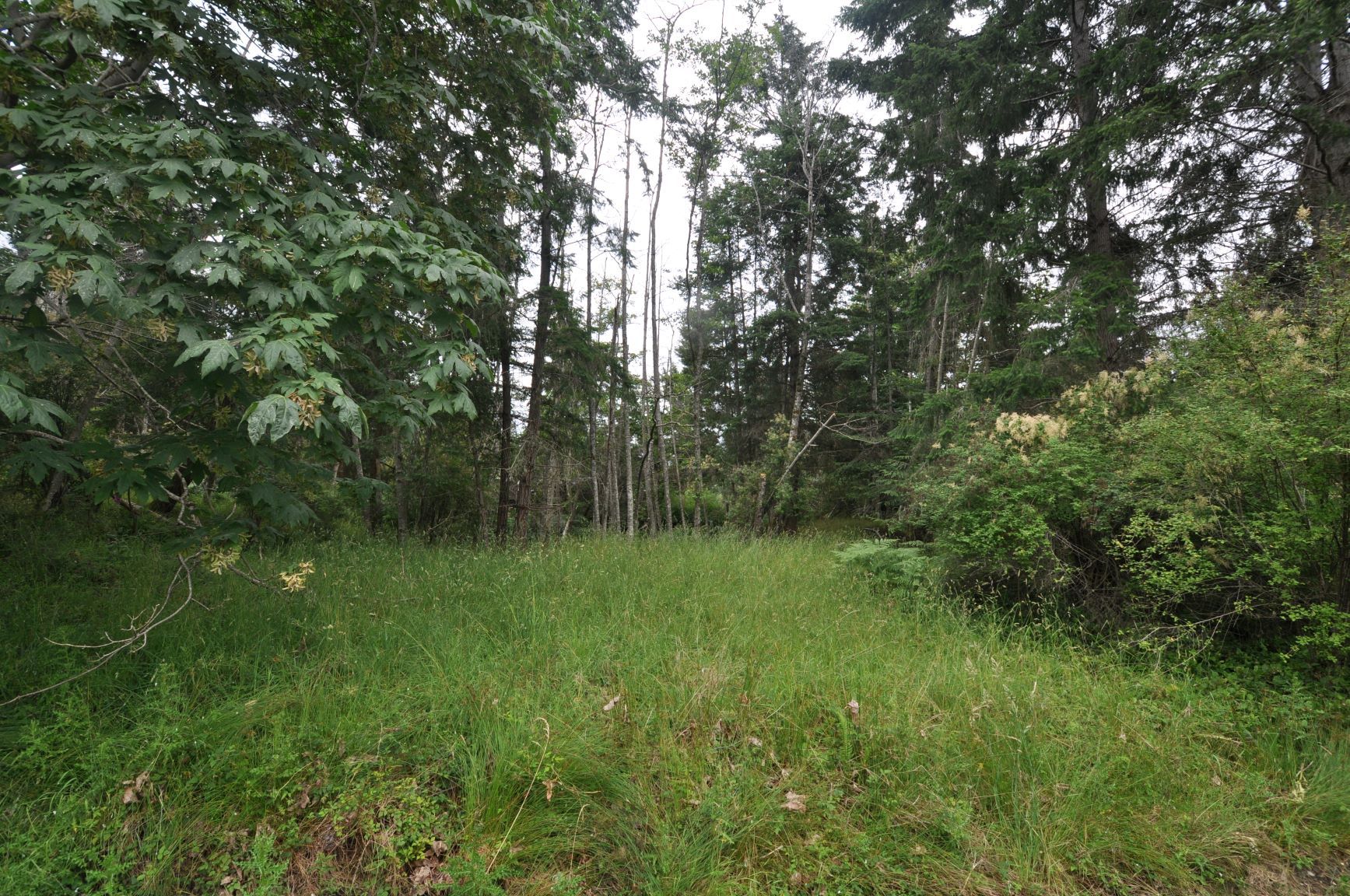 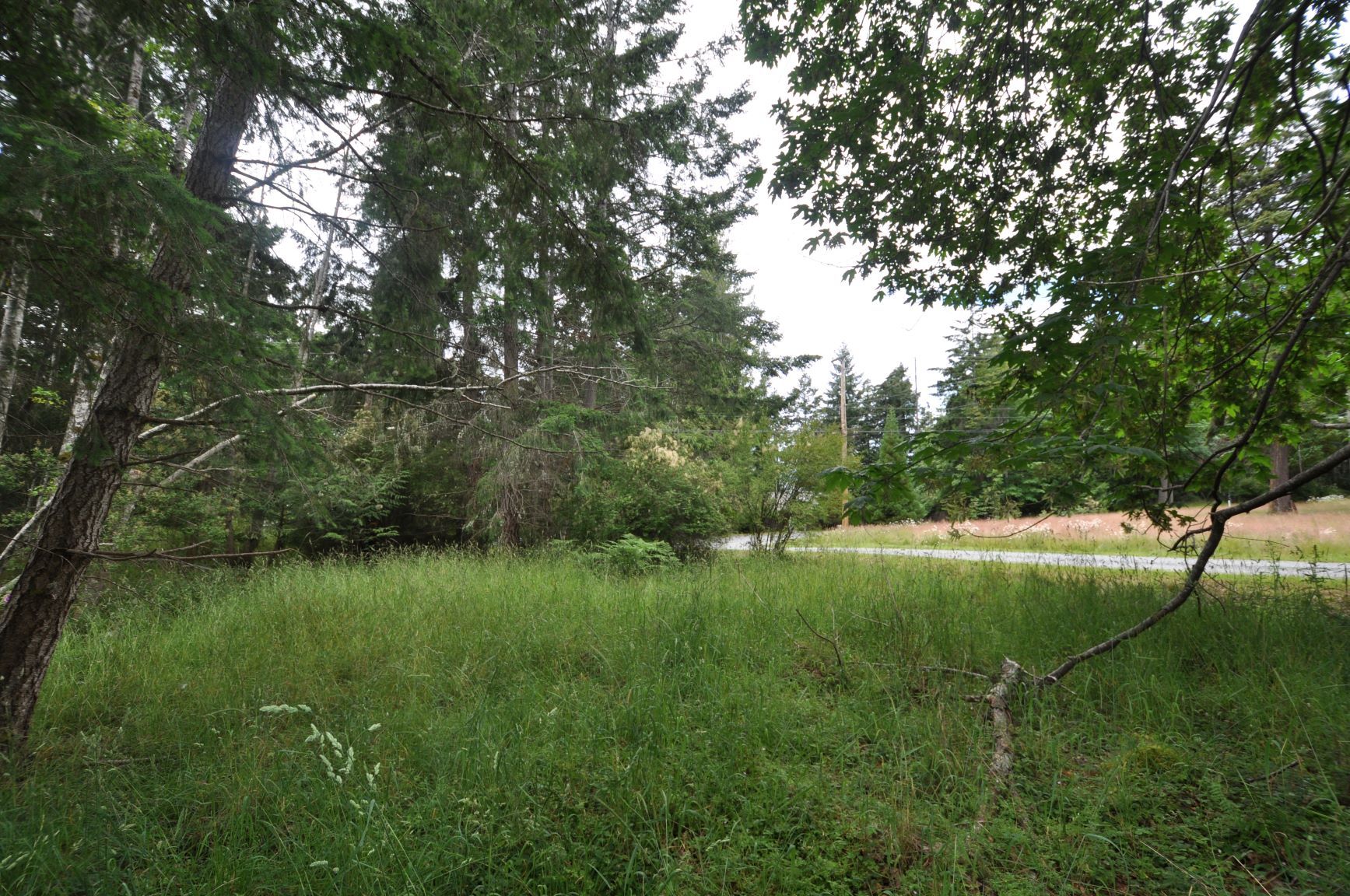 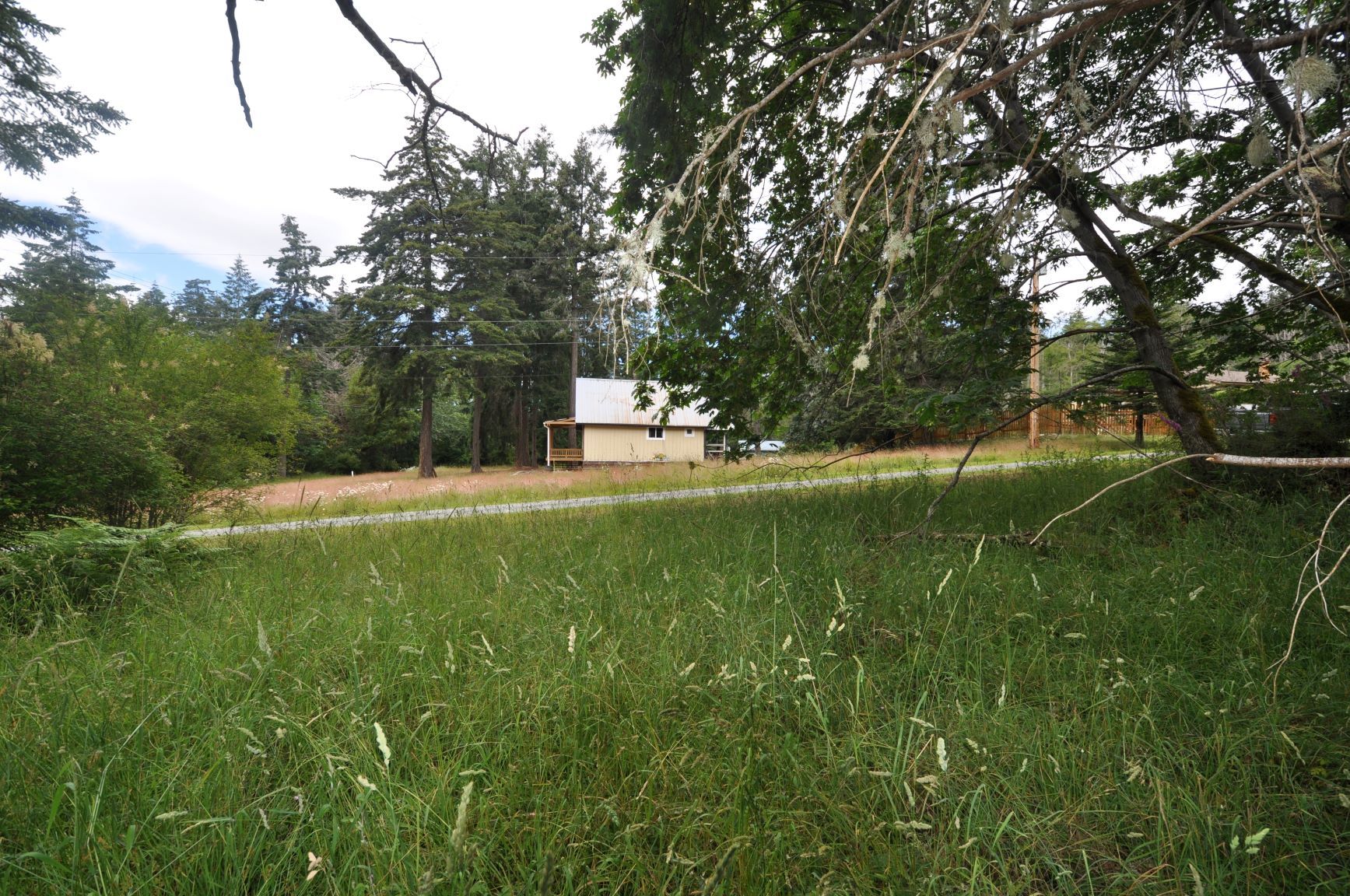 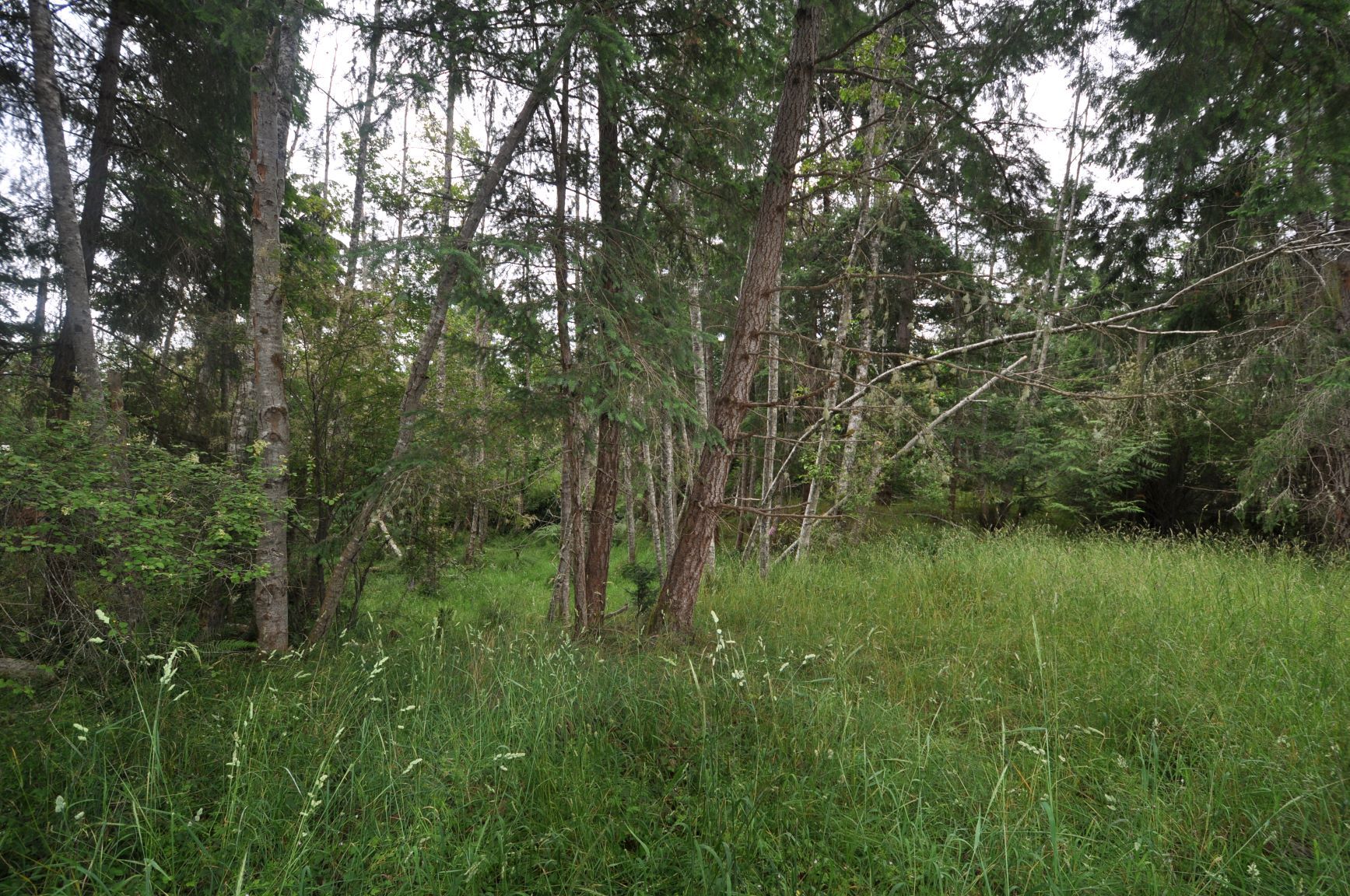 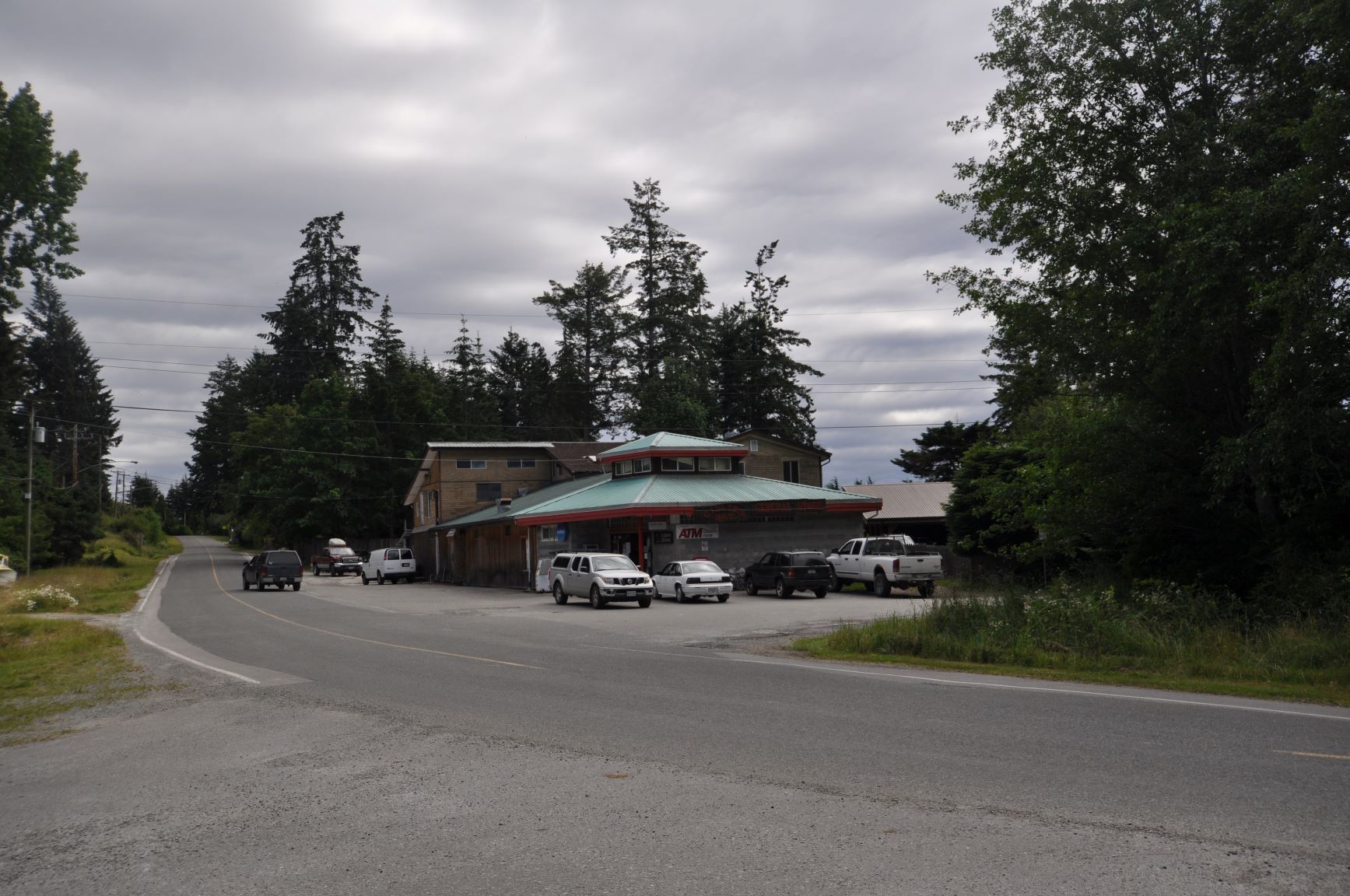 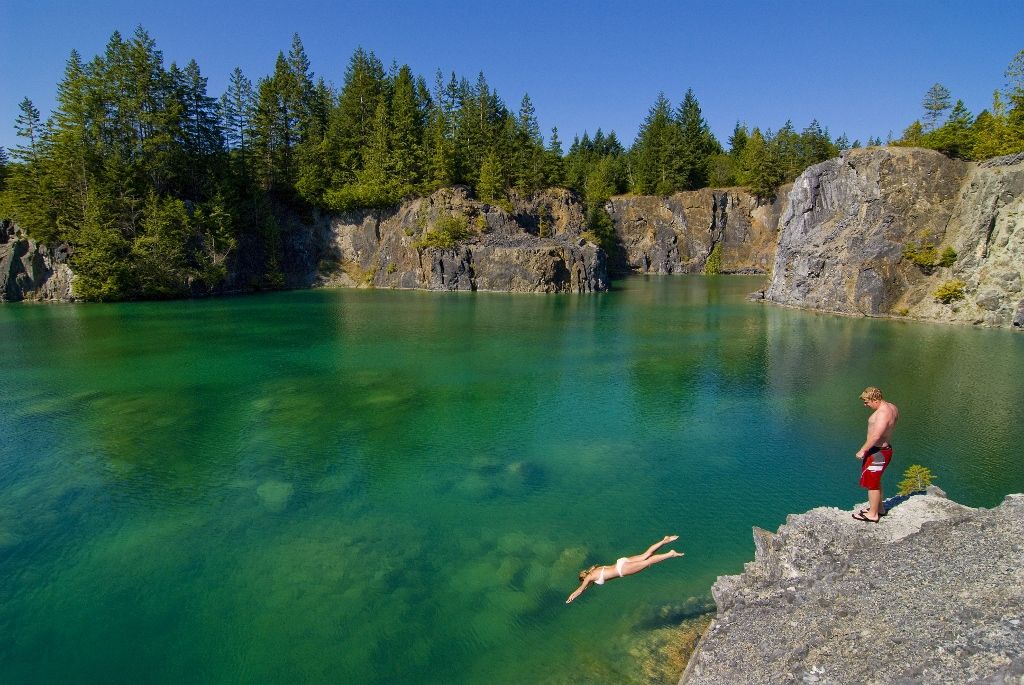 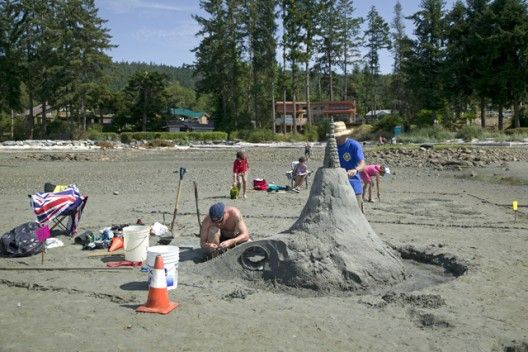 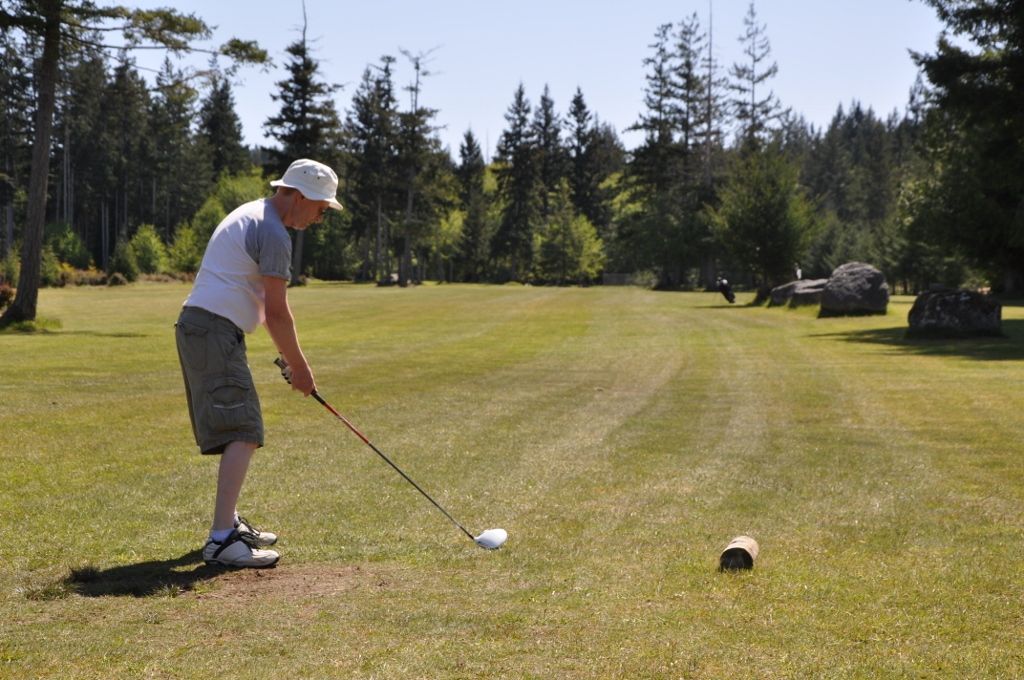 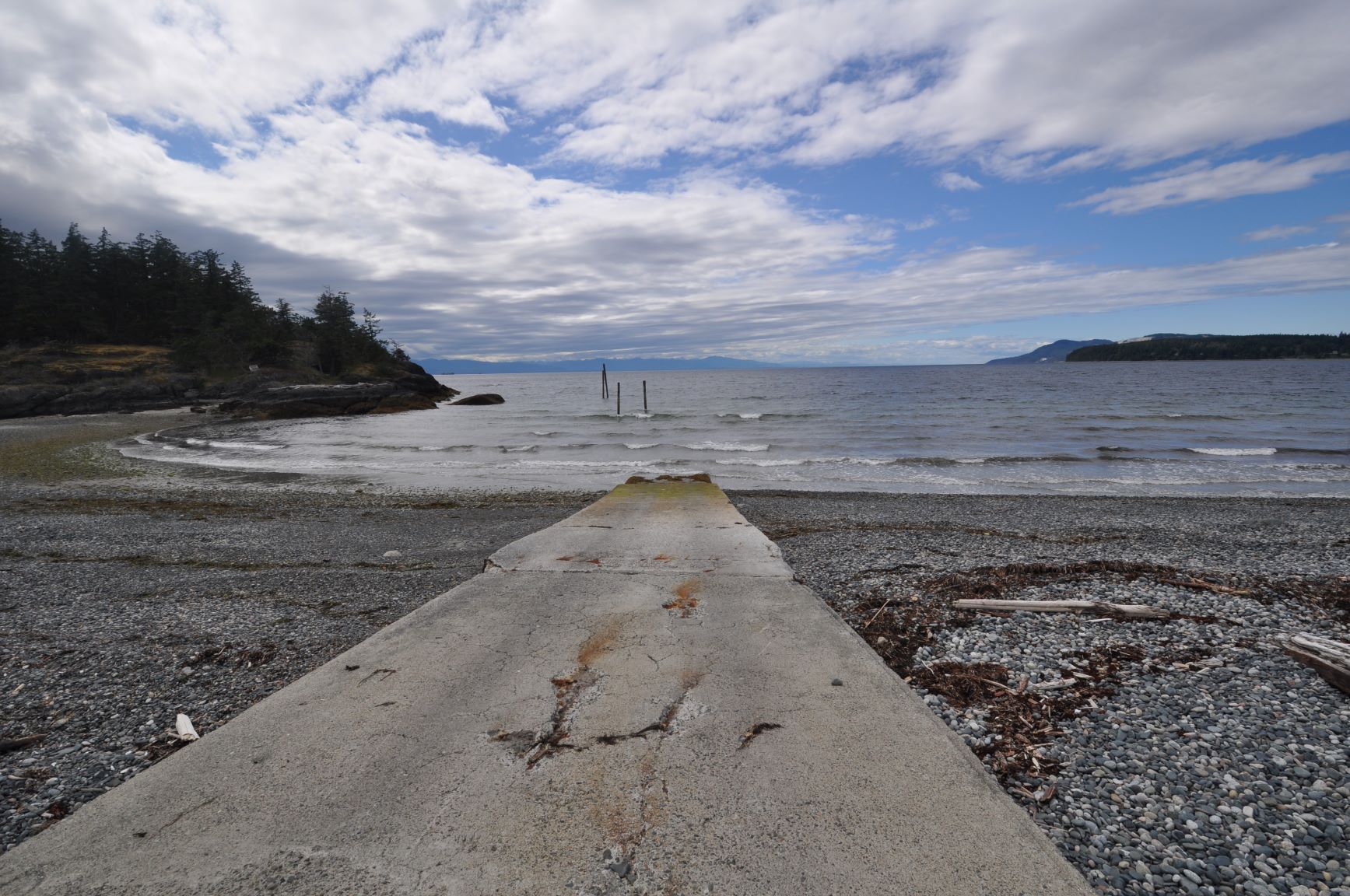 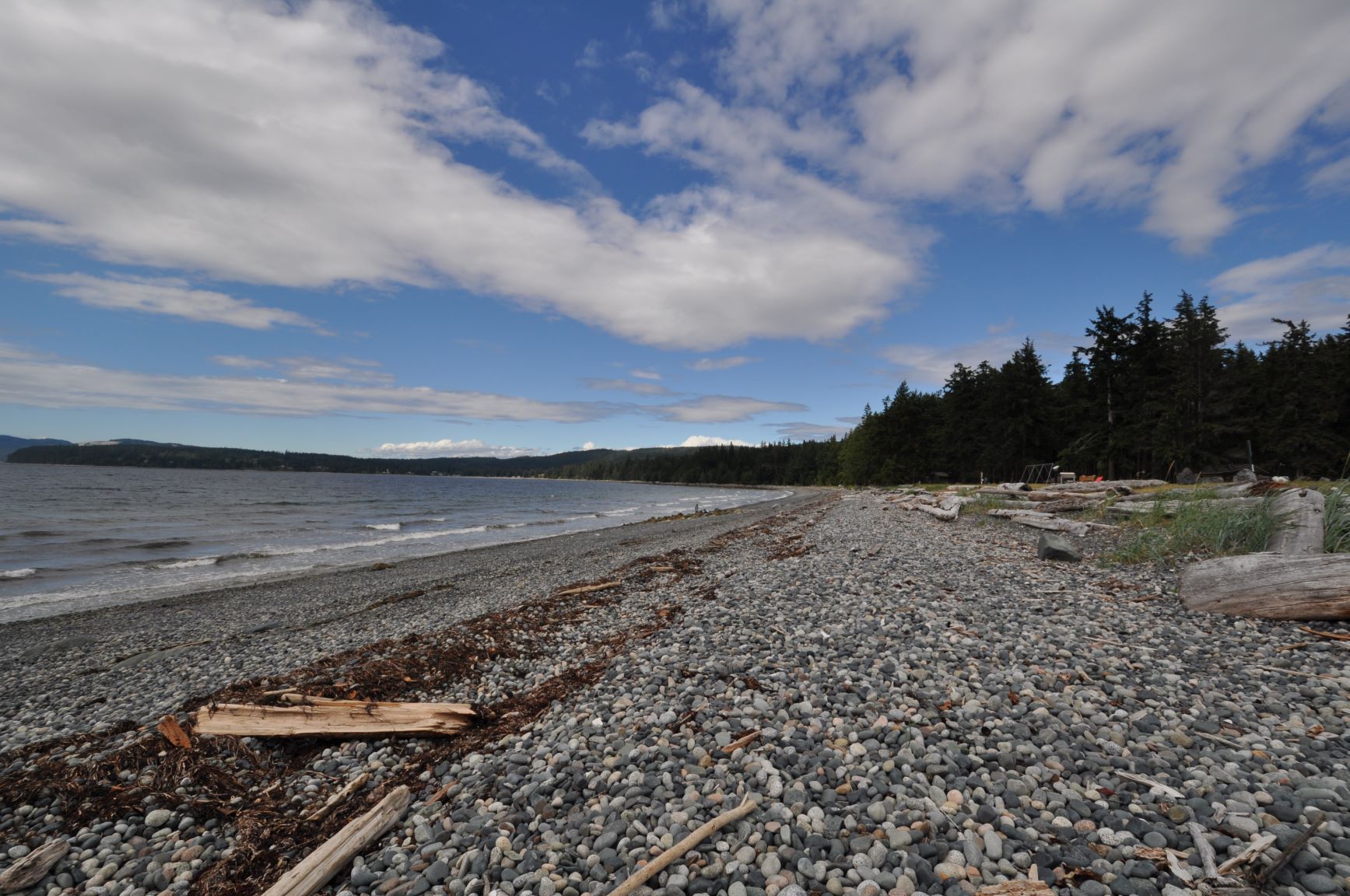 Unserviced 0.344 acre corner lot fronting on Gillies Bay and Leonard Roads. The lot is fairly level with nice trees, some cleared portions and has partial ocean views. Only a 5-minute drive to general store, boat launch and regional park.

Affordable 0.344 acre corner lot conveniently located at the midway point between Gillies Bay General Store and Shelter Point Regional Park, both only a 5-minute drive away. The lot is unserviced, but there is power at the lot line. It has many large trees with a gentle slope towards the main road.

There are partial ocean views and the property has a recreational appeal, given the proximity to Shelter Point Regional Park. At Shelter Point there are two boat launches and two large beaches that are open to the public to enjoy. People come from all over BC to camp at the park.

Texada Island has a lot of outdoor recreation to explore. There are many hiking and biking trails and the surrounding waters offer spectacular Salmon fishing, crabbing and prawning. Texada is home to an abundance of coastal Black Tail Deer that frequent the property. Call to book your appointment to view today!

Southern end of Gillies Bay Road on the southwest corner of Leonard Road.

BC Ferries operates a ferry service on a daily schedule from Powell River across the Malaspina Strait to Blubber Bay on Texada Island.

Texada Island is the largest island in the Strait of Georgia of British Columbia. Its northern tip is located about 5 miles (8 km) southwest of the City of Powell River and west of the Sechelt Peninsula on the Sunshine Coast. A former mining and logging area, the island still has a few quarries and old logging roads. It is the largest of the Northern Gulf Islands at some 50 km (31 miles) in length and 10 km (6.2 miles) in width, with its length aligned along a northwest-southeast axis. The island is 300.45 km2 (116 mi2) in land area and has a population of approximately 1,000 residents. The main settlements are Blubber Bay, Gillies Bay and Van Anda.

Visitors to Texada Island enjoy access to a full range of services and amenities including banking, laundry, grocery and liquor stores, golf and tennis, transient moorage at Sturt (Marble) Bay, post offices, shops, galleries and studios as well as two museums to mention just a few.

Try 4x4ing to Anderson Bay Provincial Park with tremendous mountain-high photo opportunities of Malaspina and Georgia Straits along the way. The outdoors can be enjoyed without fear of any major predators, as there are no bears, cougars, wolves or poisonous snakes on Texada.

If scuba diving is your idea of a great holiday, then Texada environs are dripping with life, boasting warm, high-visibility waters. Boaters will find unprotected anchorages in the many bays around the island. Limited protected guest moorage is available at the Sturt (Marble) Bay Boat Harbour in Van Anda, on the northeast coast of the island.

Boat launch facilities are located at Shelter Point Park and Sturt Bay Boat Harbour. There is a government dock with a tie-up float in Van Anda, close to the Texada Farmers Market.

Surviving middens and fish weirs show that First Nations people spent time on Texada long before Europeans discovered North America. These people did not have permanent settlements on the island, because an ancient legend says the island rose from the sea and will sink again one day. The Tla'amin name for Texada Island is Si'yi yen. Don Jose Navarez, a Spanish seaman, sighted and charted the island in 1791. Spanish explorers also named the small island just west from Texada (Lasqueti). While Spain did not have much interest in this area, Britain became a dominant force in the Pacific Northwest. At that time there was little activity along the coast, apart from fur trading, whaling and cutting a few spars for sailing ships. Blubber Bay, which is now the site of the BC Ferry terminal, was so named because it was used by whalers for the processing of their catches. Texada's modern history began in 1871, when iron ore was discovered on the northwest coast at Welcome Bay. That precipitated the boom of exploration on Texada.

Sometime after 1877 marble was found, then in 1880 gold was discovered, where Van Anda is now, and The Little Billie Mine began producing gold and copper. Logging has also been prevalent in this area during the late 1800s and 1900s. By 1898 Van Anda had become a boom town! People came from everywhere to live, work and spend their leisure time here. It boasted the only opera house north of San Francisco, had three hotels with saloons, a hospital, several stores and businesses and an illegal distillery flourished in Pocahontas Bay supplying liquor to the United States during prohibition. In 1900 the names of some of the Texada landmarks aptly described island activities at that time; Blubber Bay, Rumbottle Creek, Midas Street and the Bucket of Blood Saloon!

In 1910 the first of three serious fires completely destroyed the major buildings of Van Anda in only forty minutes. The optimism of the boom town led to rebuilding larger, more imposing structures, only to be destroyed by fire again in 1912. The third fire struck in 1917 leaving only Al Deighton's store which was saved by a bucket brigade. The building remains a fixture on the Van Anda waterfront today. Mining continued through the twentieth century and today there are still a number of working limestone quarries on the island.

Additional zoning information can be found on the Qathet Regional District website.