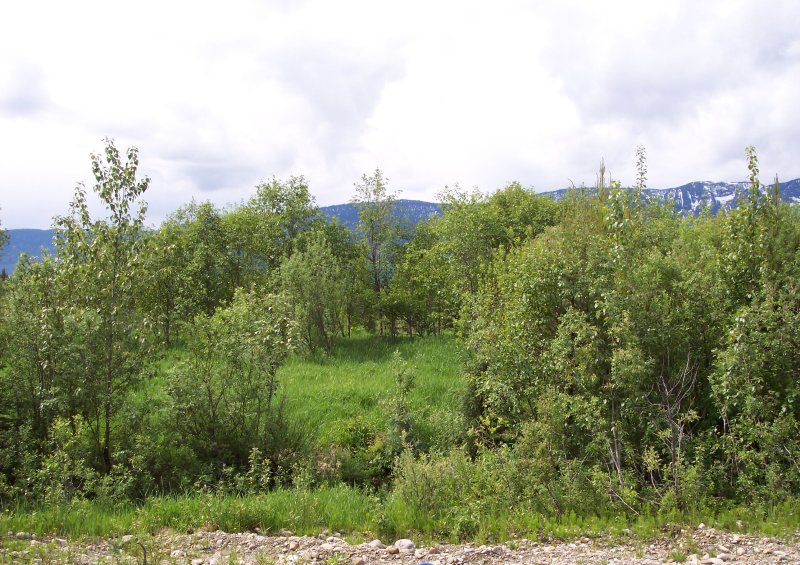 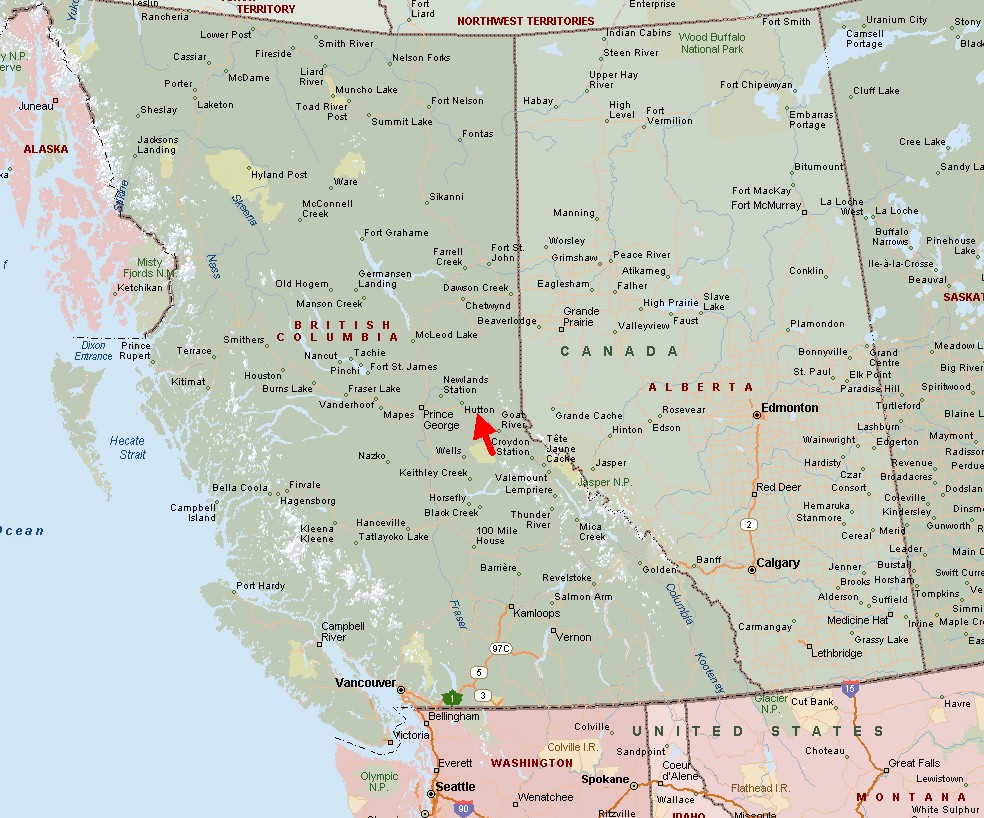 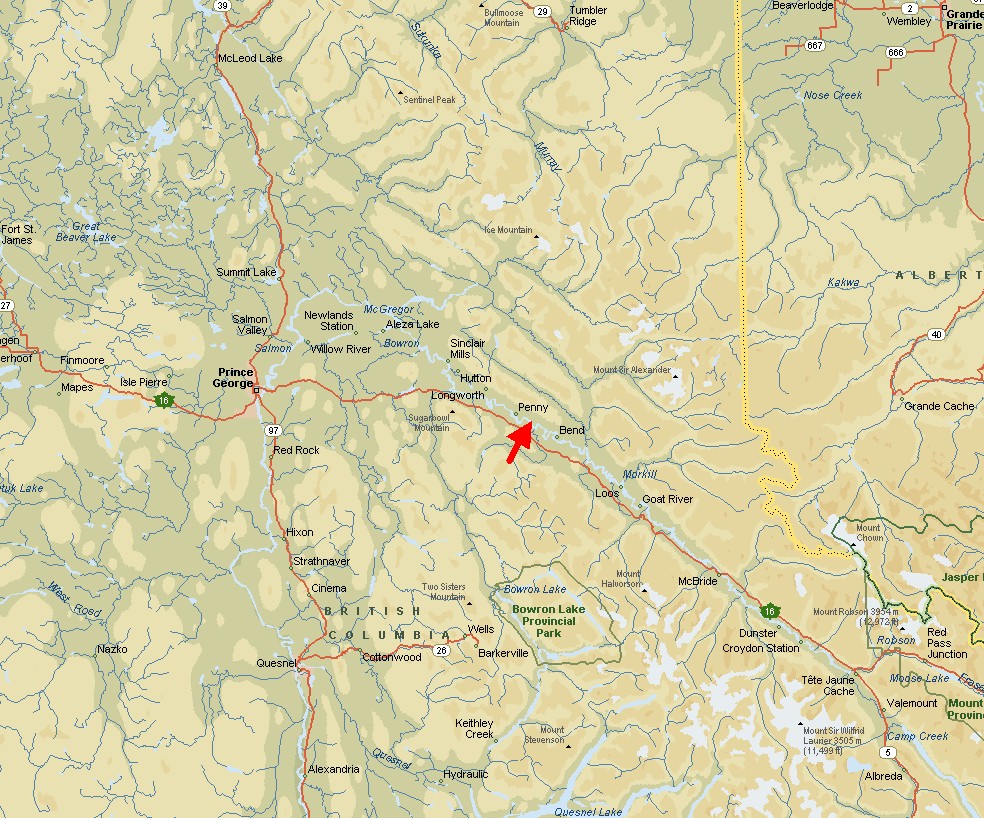 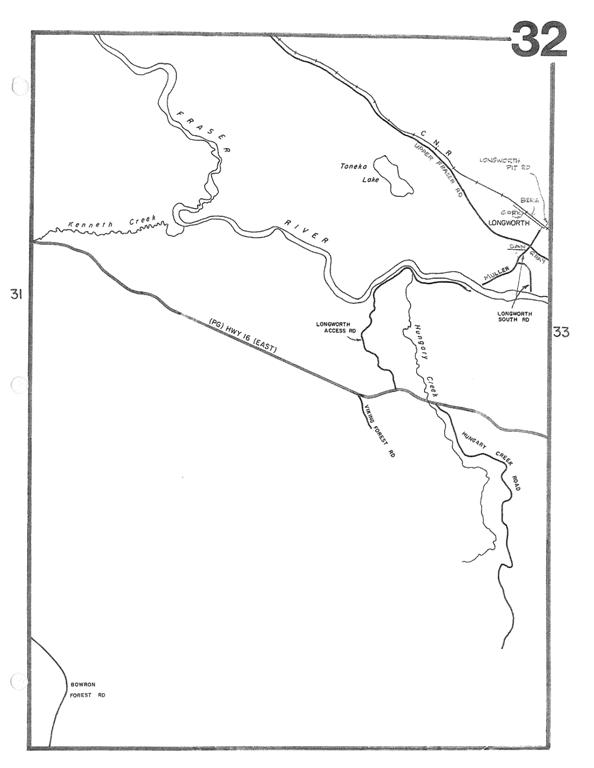 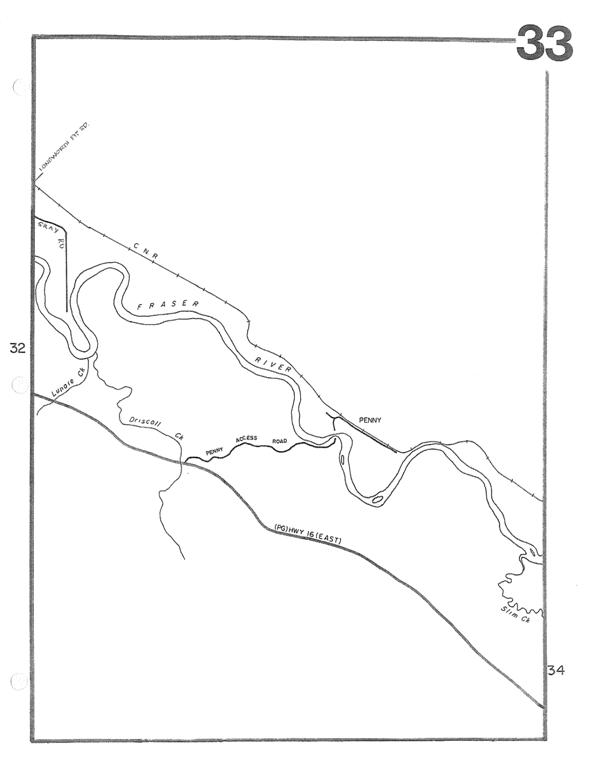 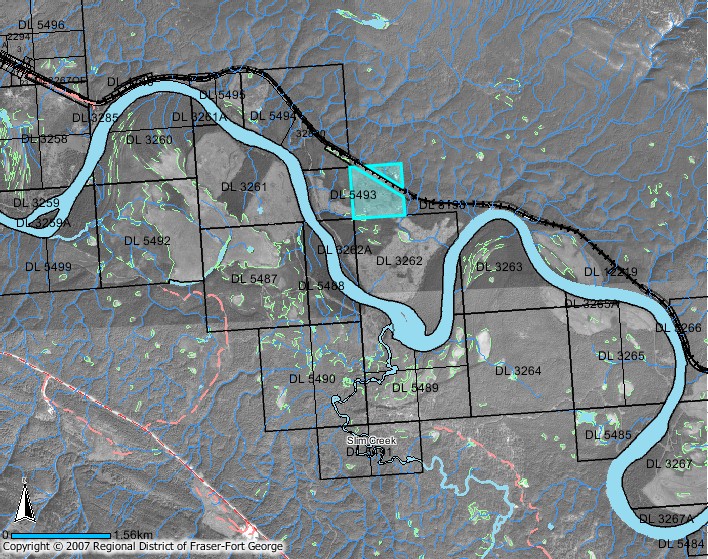 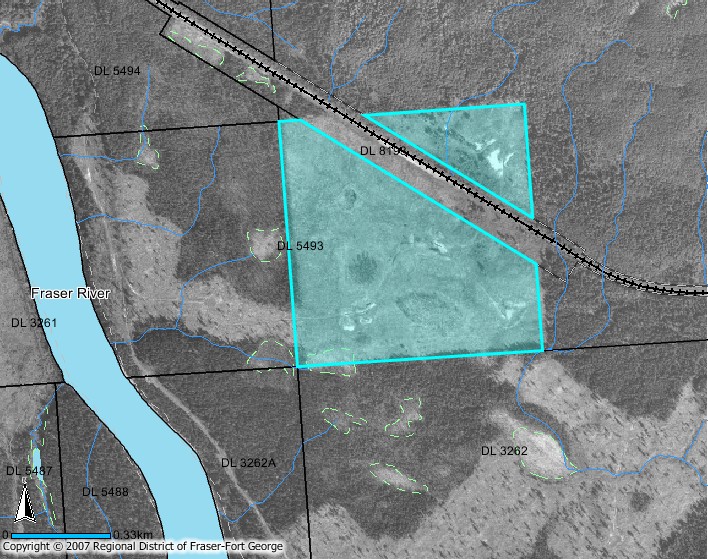 The property has not been inspected as of yet. However, I understand the access to the property is approximately 6 km off Hwy 16 on a Logging Road that is overgrown and needs to be brushed out.

I understand the property encompasses the valley floor and views can be seen of the Cariboo and Rocky Mountains. The property was logged in 1993.

PENNY
The Penny Spruce Mill was built on stilts on the Fraser River bank in approximately 1916 and in 1916 a postmaster was assigned. Lumber was in high demand and many communities along CN’s east line flourished. The mill continued operation until the 1960’s and at its peak, Penny’s population was 675. The Penny schoolhouse has closed and re-opened over the years, and in the 1980’s it closed for good. During the same period, the Penny Salmon Hatchery was established and is still in operation. Following the closure of the mill, the population has steadily declined to the present 10 full time residents.

The once thriving community is now a quaint whistle stop on the CN line and for the most part has returned back to its beautiful natural state. The mill and the many homes which once stood have been reclaimed by the forest, and most can no longer be seen at all. The post office is still in operation, with the train stopping to pick up and drop off mail and passengers 3 times a week. The community hall still stands and is used by the community as a gathering place. The city of Prince George is the nearest large centre and is located approximately 86 km by road from Penny.

PRINCE GEORGE
Known as BC's northern capital, Prince George is a bustling city of over 77,000 situated at the crossroads of Hwy. 97 (north-south) and Hwy. 16 (east-west), and at the confluence of the Fraser and Nechako Rivers. As a major City of the Pacific Rim, Prince George is firmly tied to the global market.

The area offers a lifestyle that is definitely worth boasting about. Residents enjoy affordable housing, incomes above provincial averages, and an extensive range of quality services, cultural and sports events. Recreation opportunities are second to none and range from golfing, skiing, fishing and hunting to any team sport you can think of. Local educational facilities include the University of Northern British Columbia and the College of New Caledonia.

The University of Northern British Columbia (UNBC) is the first new university to be built in Canada in over 25 years. A total of 55 undergraduate programs, 15 masters programs and two PhD programs are now offered at UNBC as well as the new Northern Medical Program. A degree-granting institution with regional teaching centers in nine BC communities and a sponsor for several research institutes, UNBC has recently completed the construction of the I.K. Barber Enhanced Forestry Lab. UNBC's hilltop campus overlooks the City of Prince George and offers spectacular views of the Rocky Mountains to the east.