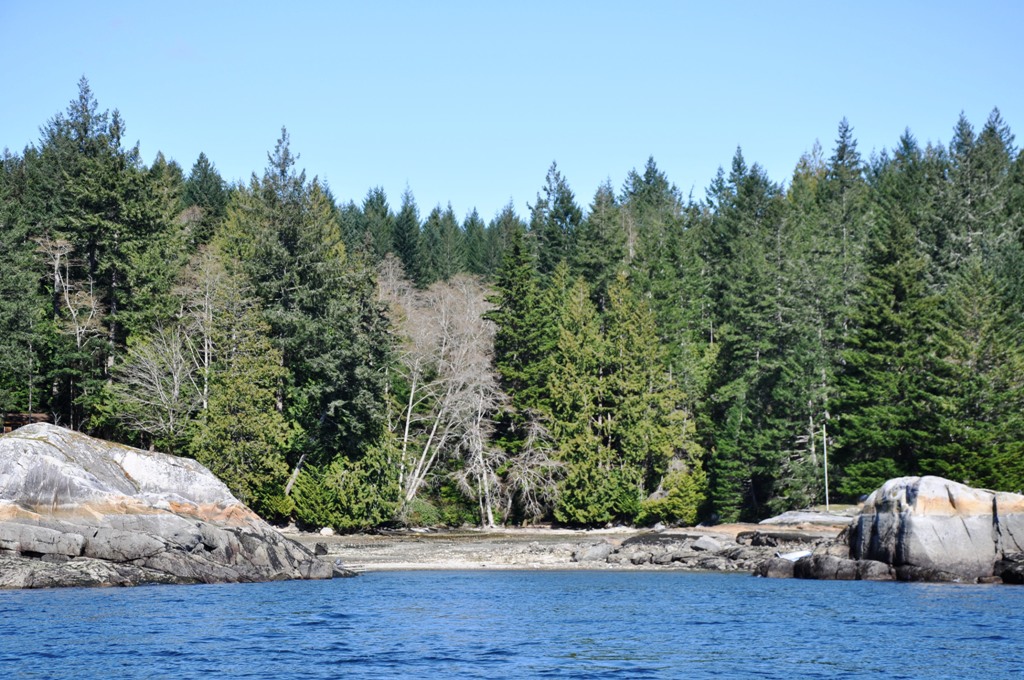 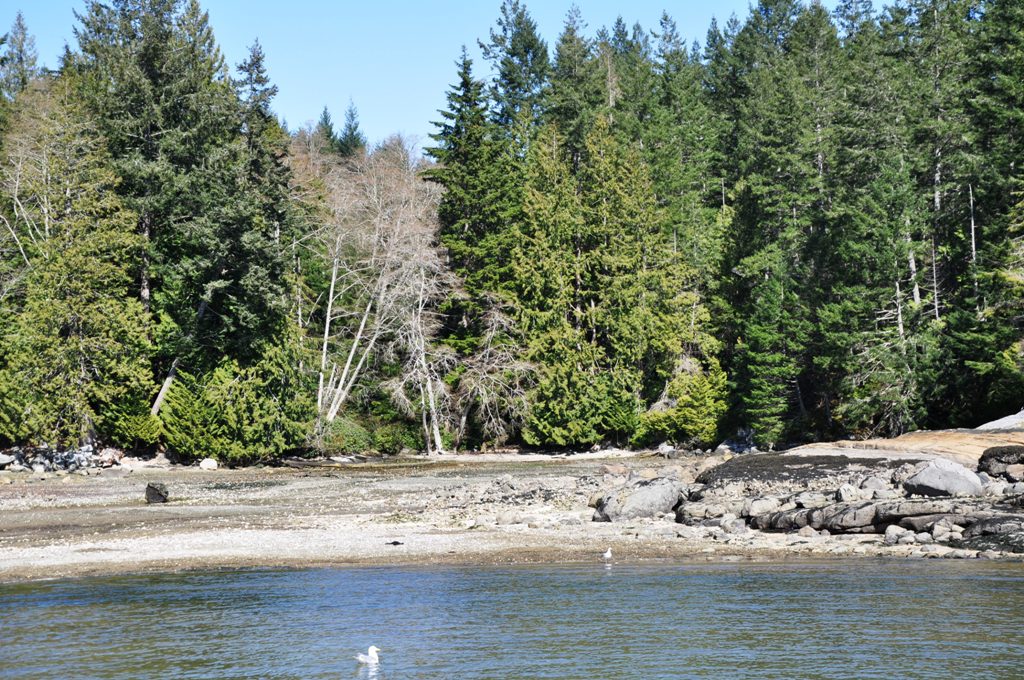 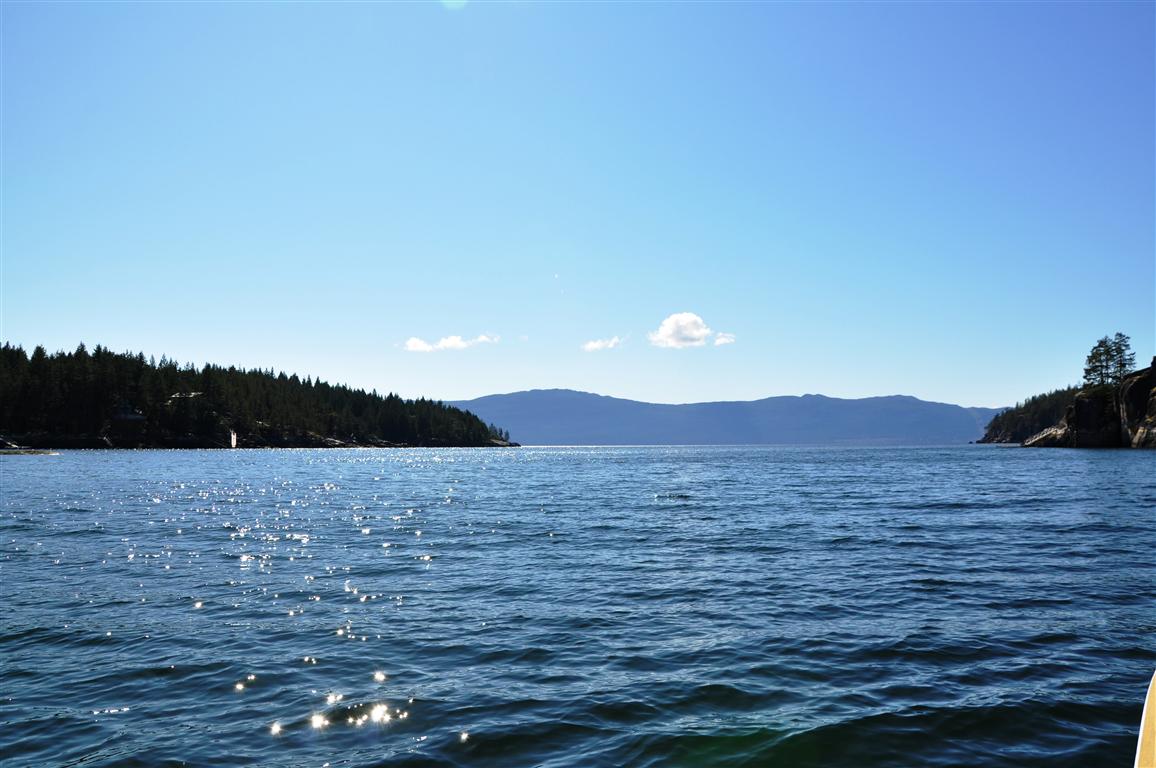 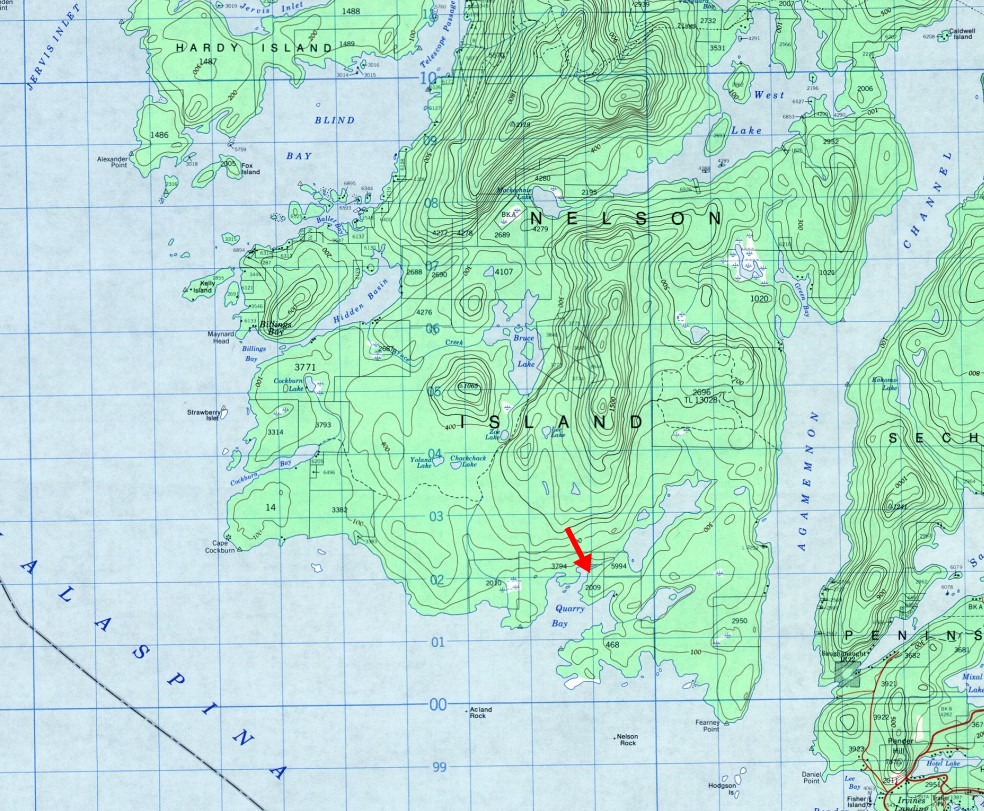 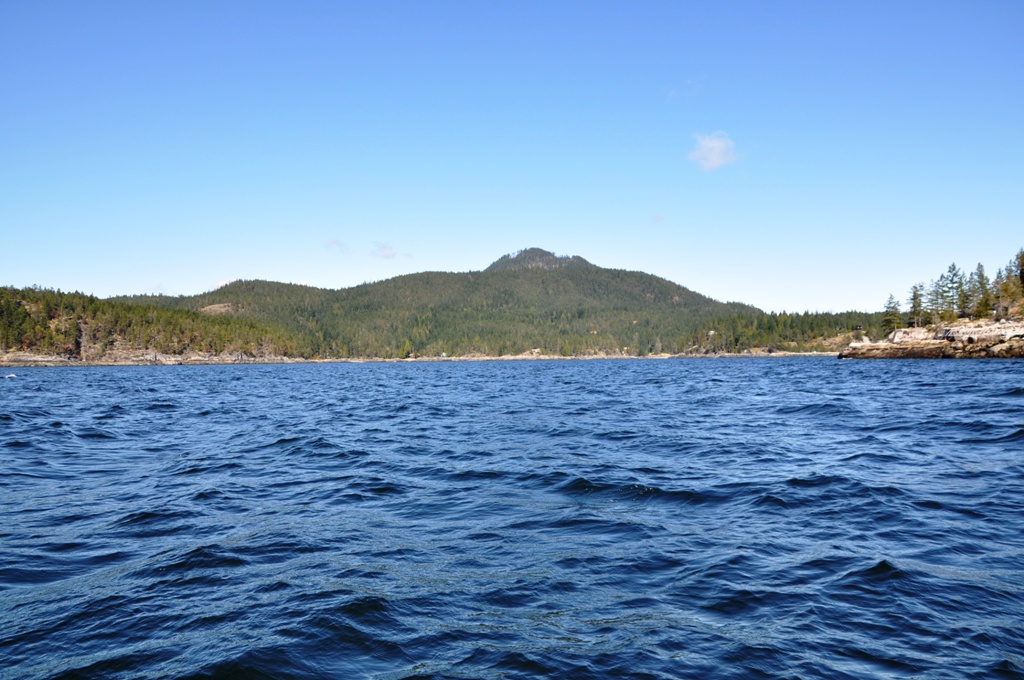 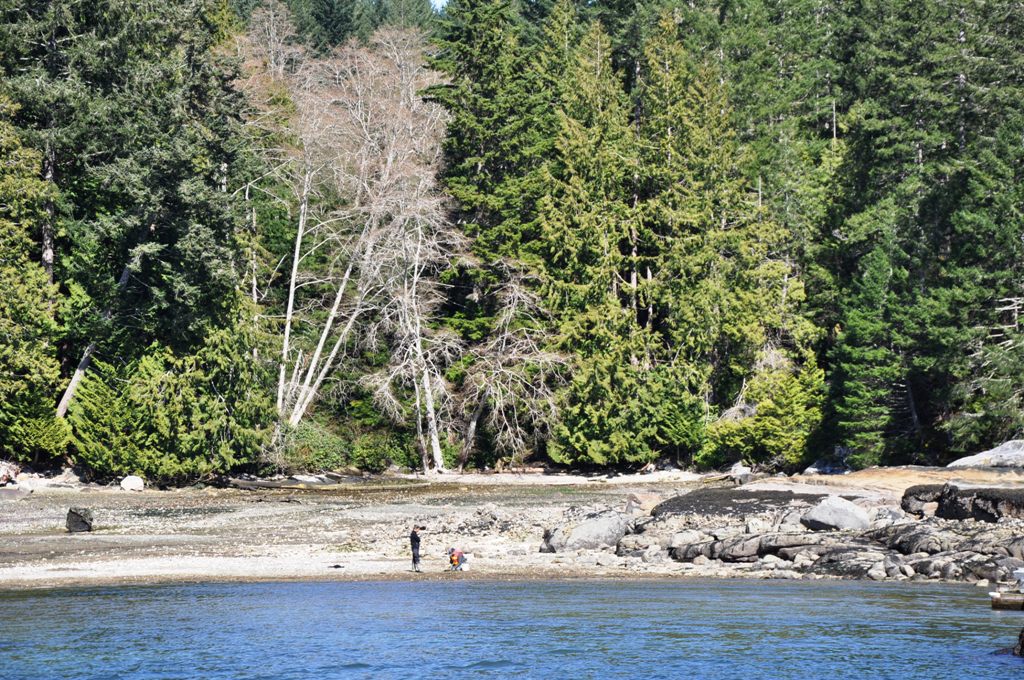 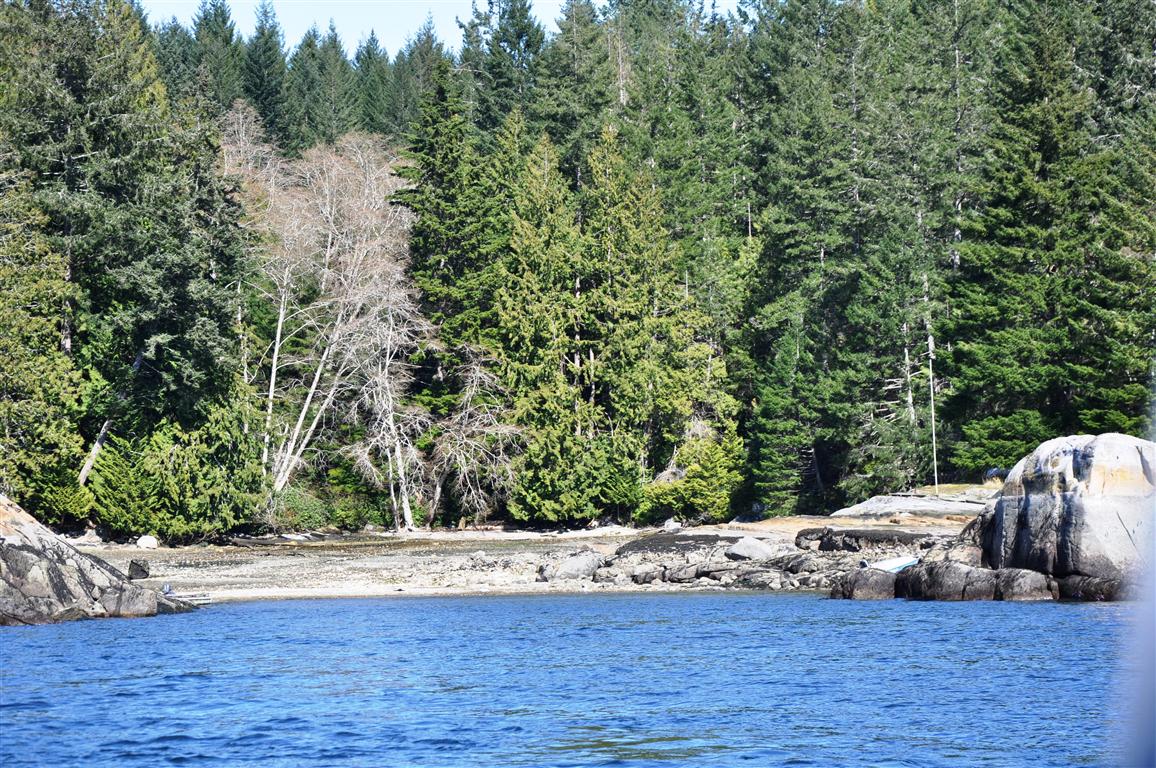 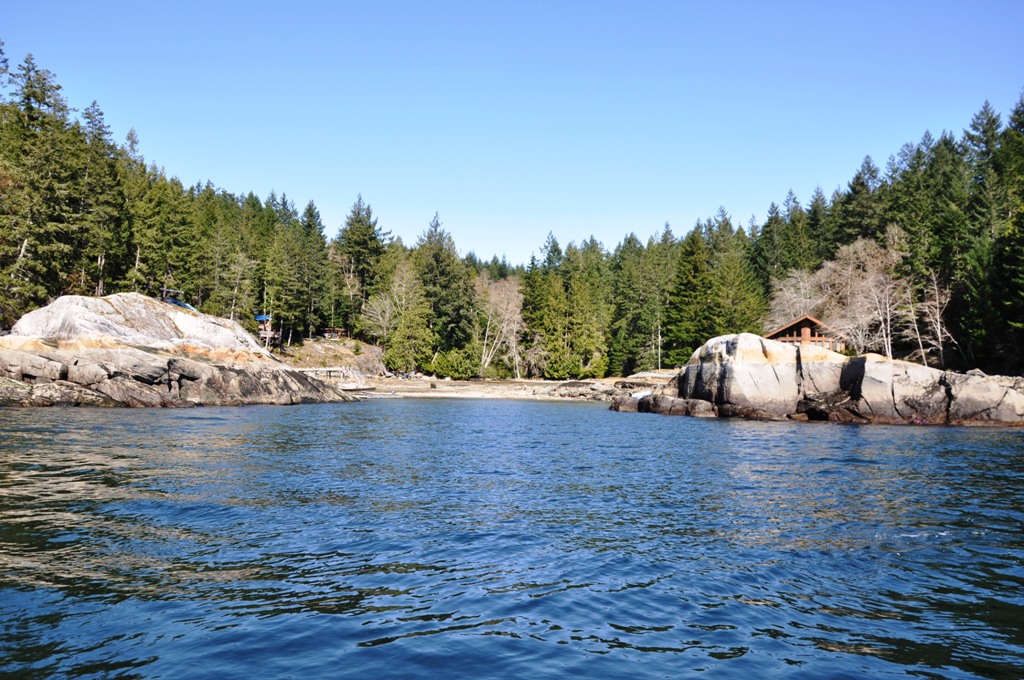 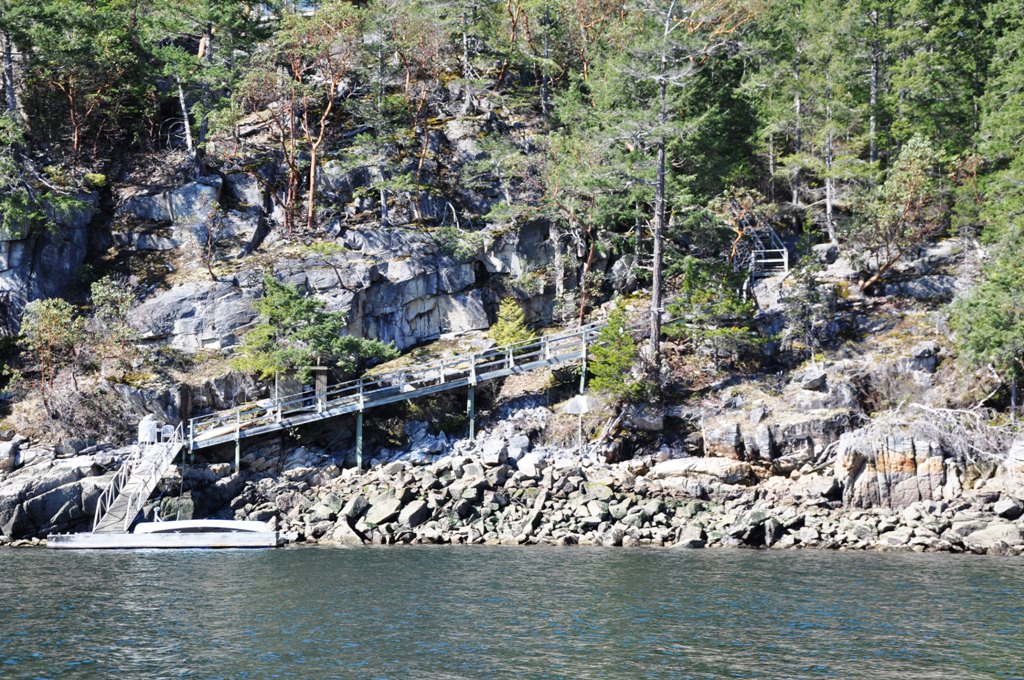 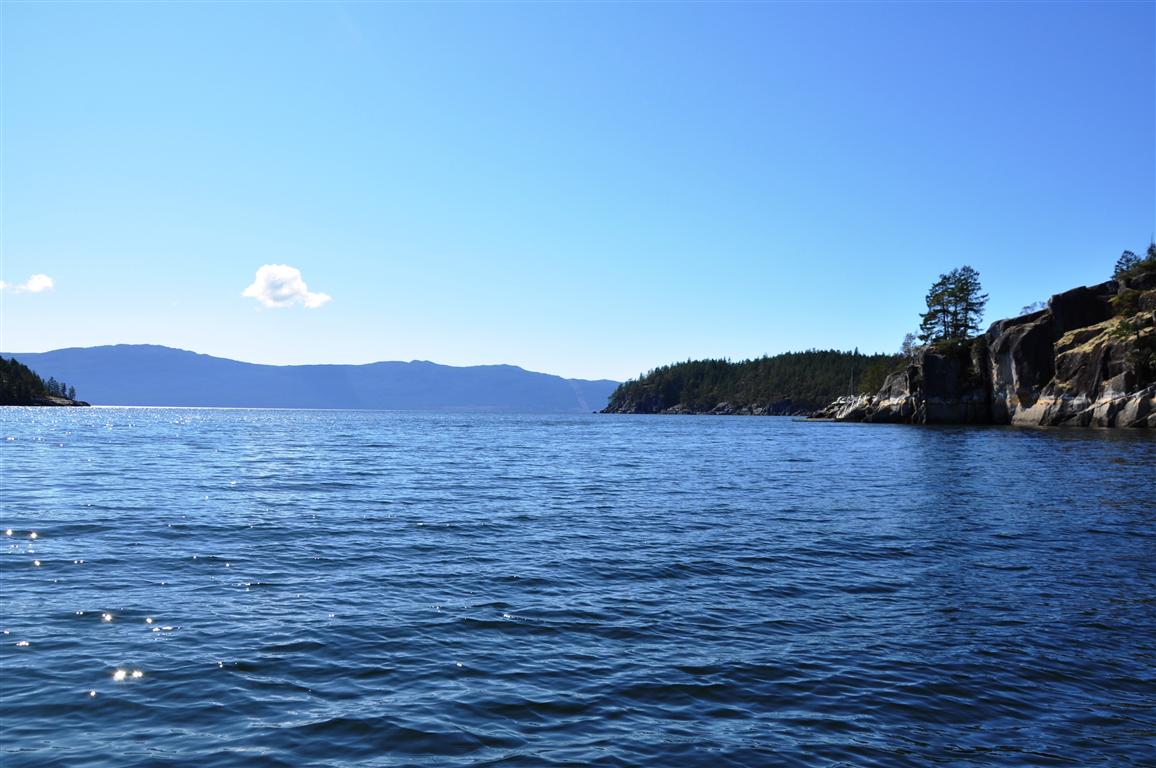 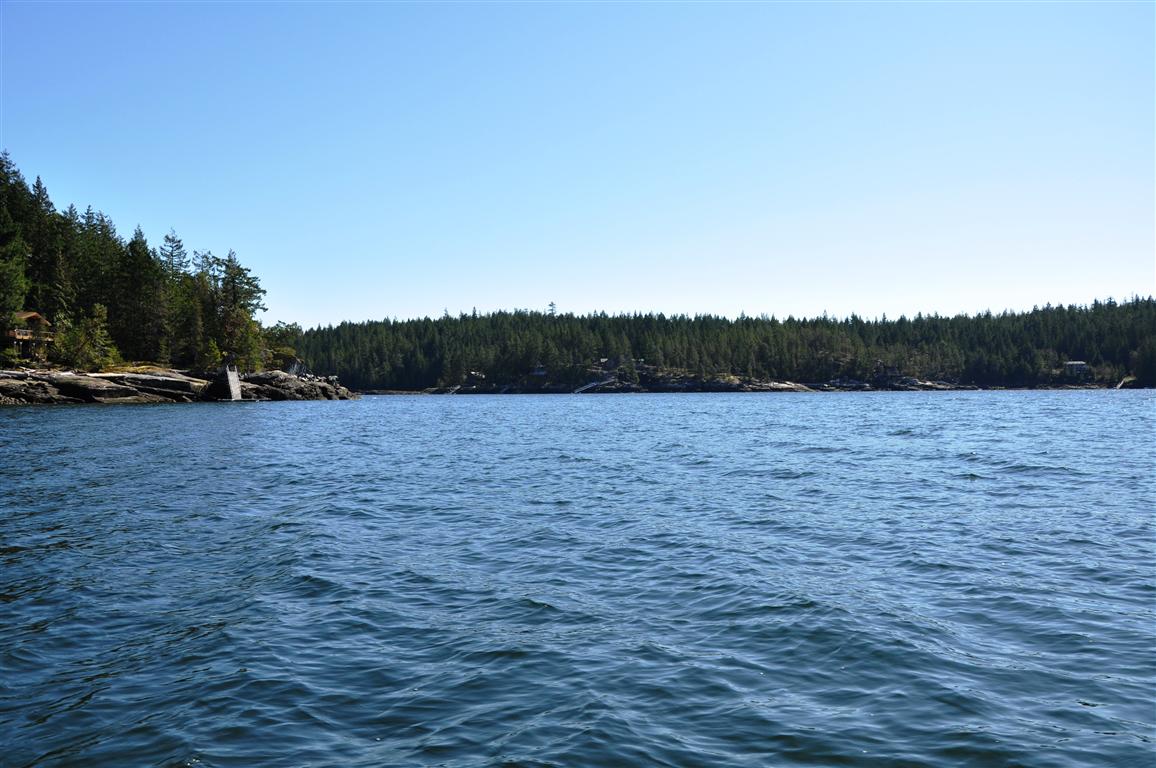 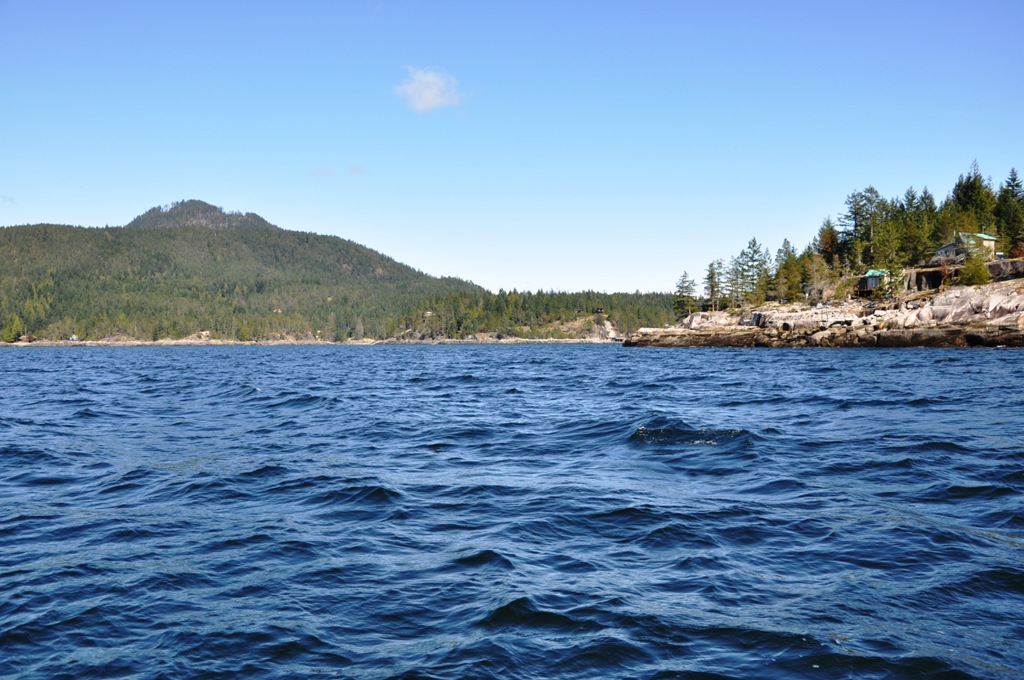 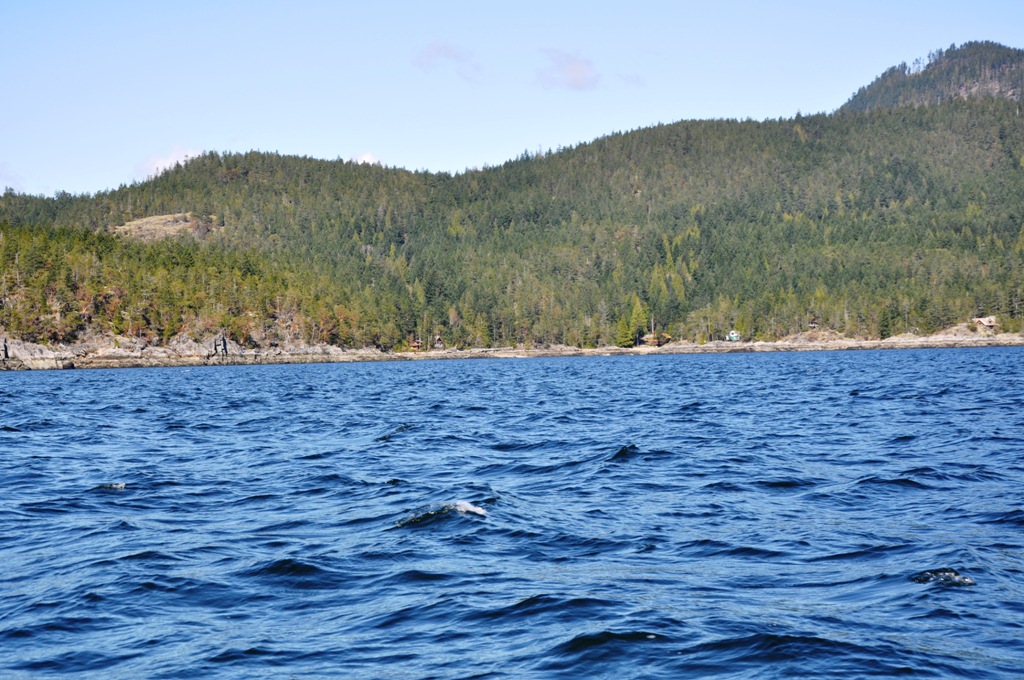 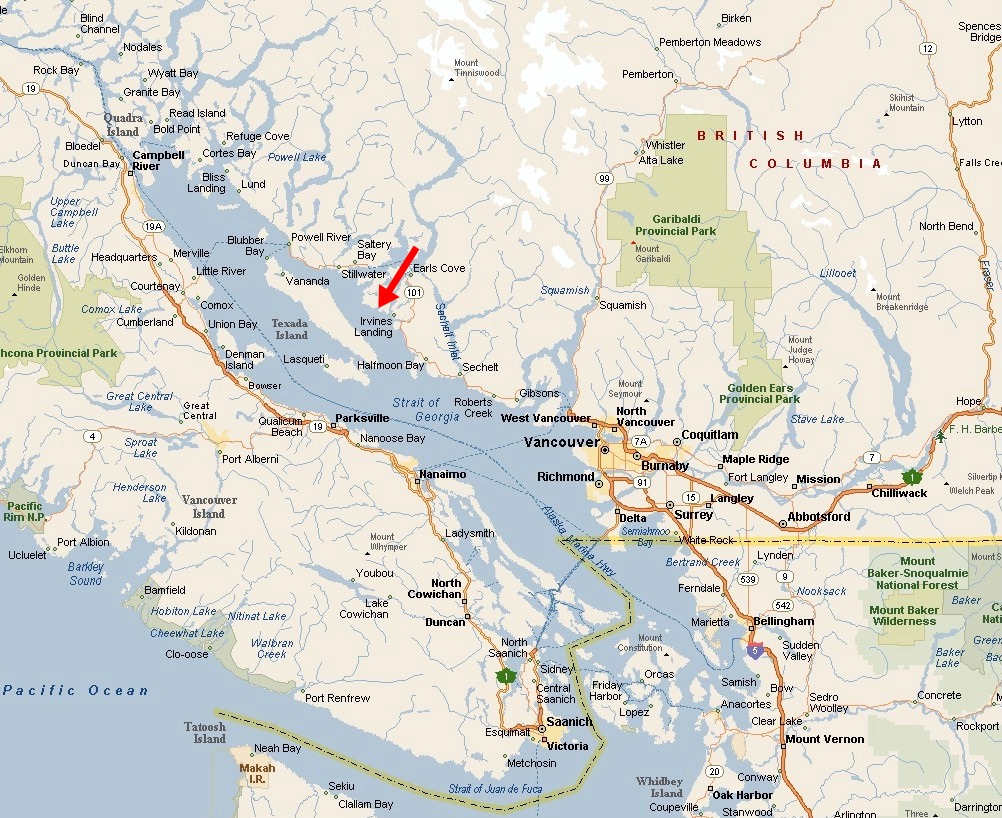 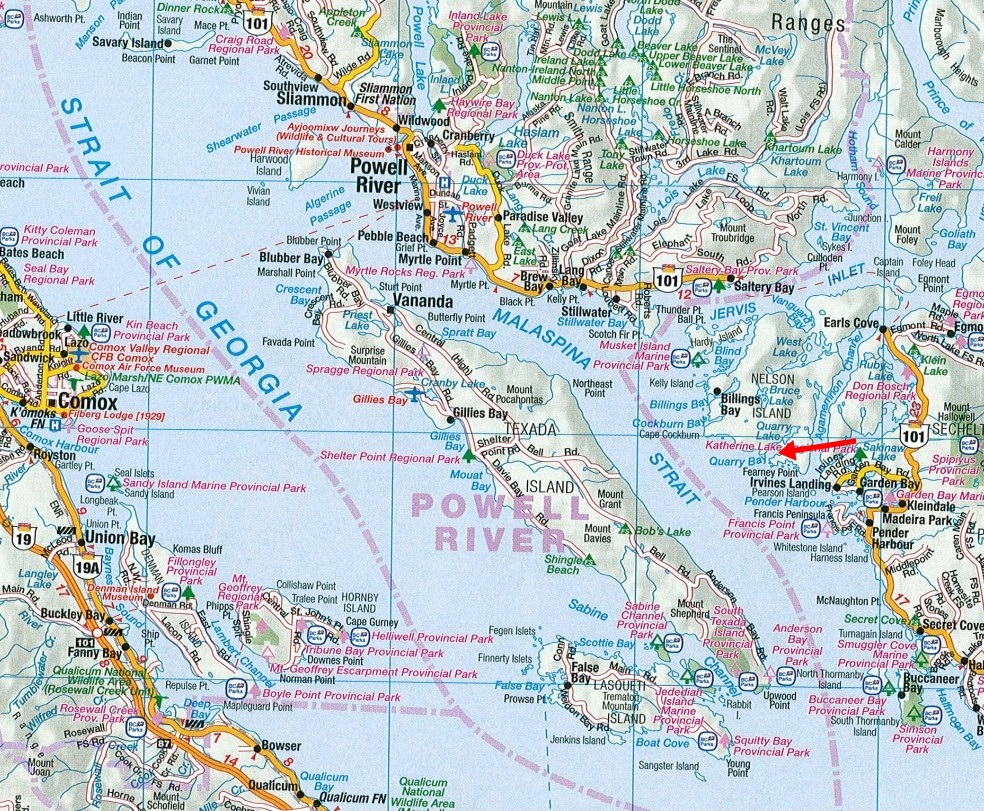 5 acres of prime westerly exposed low bank oceanfront located only a short boat ride from on the .  This property is lot 9 within the desirable Quarry Harbour Strata.  Each property owner is granted use of 200 common acres with internal road network bordering 2 fresh water lakes.  Additional strata benefits include community water system, 2 common docks, reserved parking space in and subsidised water taxi service from April to November.
9 fronts onto a protected and tidal cove that is filled with clams and oysters.  This property has a large amount of flat useable land with great sun exposure. Excellent views can be taken in of the entire Bay and from 2 building sites.

The area is popular for kayaking, fishing and watching the many seals, sealions and vast variety of land and sea birds. is well known for excellent oyster and clam beds with good prawning virtually at your doorstep.

Location :   This oceanfront property is located on in highly desirable , a short 5-10 minute boat ride from on the .

Investment Features :   The Quarry Harbour Strata permits lots to be split into 2 separate building lots with a co-tenancy agreement.

Recreation :   is a for marine recreational activity. Boating, fishing, kayaking, scuba diving, site seeing, swimming in an area characterised as one of BC’s popular outdoor playgrounds. is centered between some of BC’s best boating territories, Jervis Inlet and . There are endless amounts of shoreline to explore but one does not have to venture any further than your own dock to catch your daily limit in prawns, crabs, oysters and clams.

History :   Named after Viscount Horatio Nelson, the hero of the British navy, sits at the mouth of Jervis Inlet guarding the secrets of Prince of Wales Reach and Queens Reach. Famous with the yachting crowd for the scenery and anchorages in and , the area has a lot to offer boaters.
offers several beaches, sandstone cliffs and inter-tidal pools. This is also a place rich with relics telling the history of the . From aboriginal rock paintings to abandoned logging camps and washed-up shipwrecks, this island, as isolated as it seems, tells the story of hundreds of years of civilization on the .

was once a busy place. A granite quarry opened on the island in 1887 by and Sons and its stone was used to build the B.C. Legislature in Victoria, The Empress Hotel, The Vancouver Law Courts, and the library at the University of British Columbia (UBC).

rests at the heart of the sublimely scenic , at the confluence of Jervis Inlet, and the Agamemnon Channel. and its tiny twin, , are somewhat well-kept secrets in the kayaking community.

The islands have an array of marine and wildlife. Visitors can expect to see seal colonies, sea lions, river otters, bald eagles and kelp beds teeming with benthic fanua. Depending on the season, they may even glimpse the dorsal fins of a migrating orca pod.

Hardy and are a for marine recreational activity. Including boating, fishing, kayaking, scuba diving, site seeing, and swimming in an area characterised as one of BC’s popular outdoor playgrounds. is centered between some of BC’s best boating territories, Jervis Inlet and . There are endless amounts of shoreline to explore but one does not have to venture any further than your own dock to catch your daily limit in prawns, crabs, oysters and clams.

is defined by Hotham Sound, Agammemnon Channel, and near . It is largely depopulated and forested, the hilly island is quite remote. Lakes and large mountainous hills define the layout. sits alongside with in between the two. Log booms and granite quarries featured on the island. There were once a few homesteads, and now summer cabins. Harry Roberts, namesake to Roberts Creek, Sechelt, built a sawmill in Sechelt which provided lumber for most of the new houses in the area and for the government wharf, and timbers for the 13 bridges necessary to construct Lower Road. He was well-known for his unique house and boat designs - much of the lumber he produced was used in their construction. He also built and furnished small cottages to rent to vacationers and eventually subdivided as the demand for land grew.

In 1923, Harry leased out his mill and store and moved with his family to a retirement home on in 1929. The house he built here, called Sunray, was a charming cottage with south-facing walls of glass. It still stands in its idyllic cove at . It was Harry who originated the term . He painted a huge sign, visible from the ocean, on the side of the steamer company's freight shed near his store.