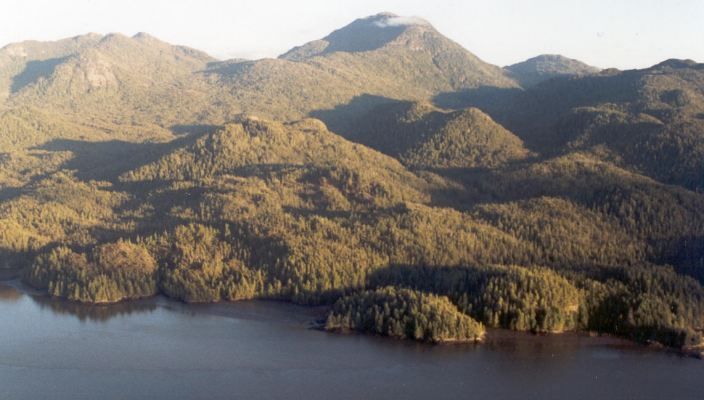 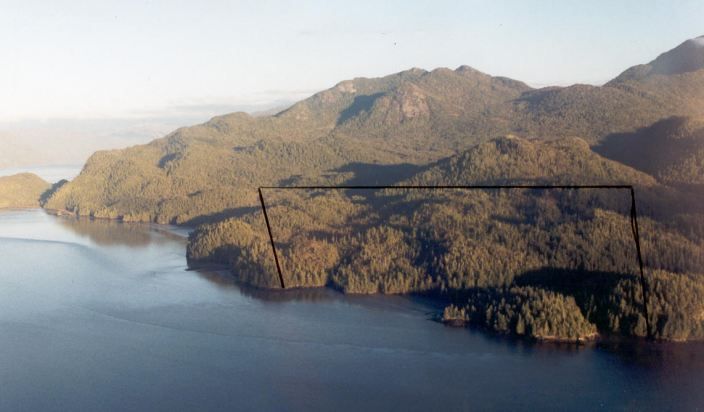 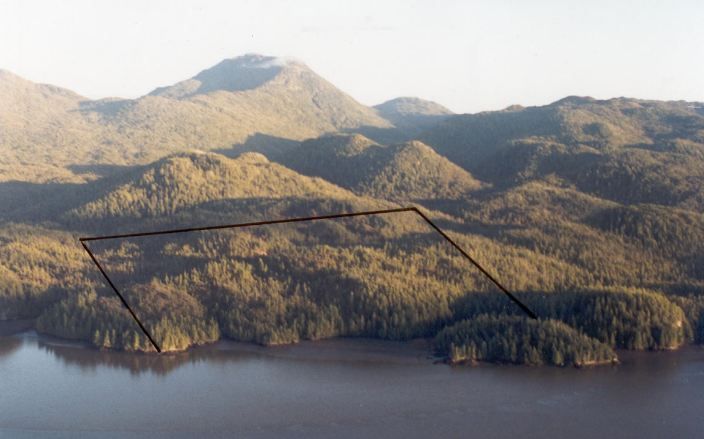 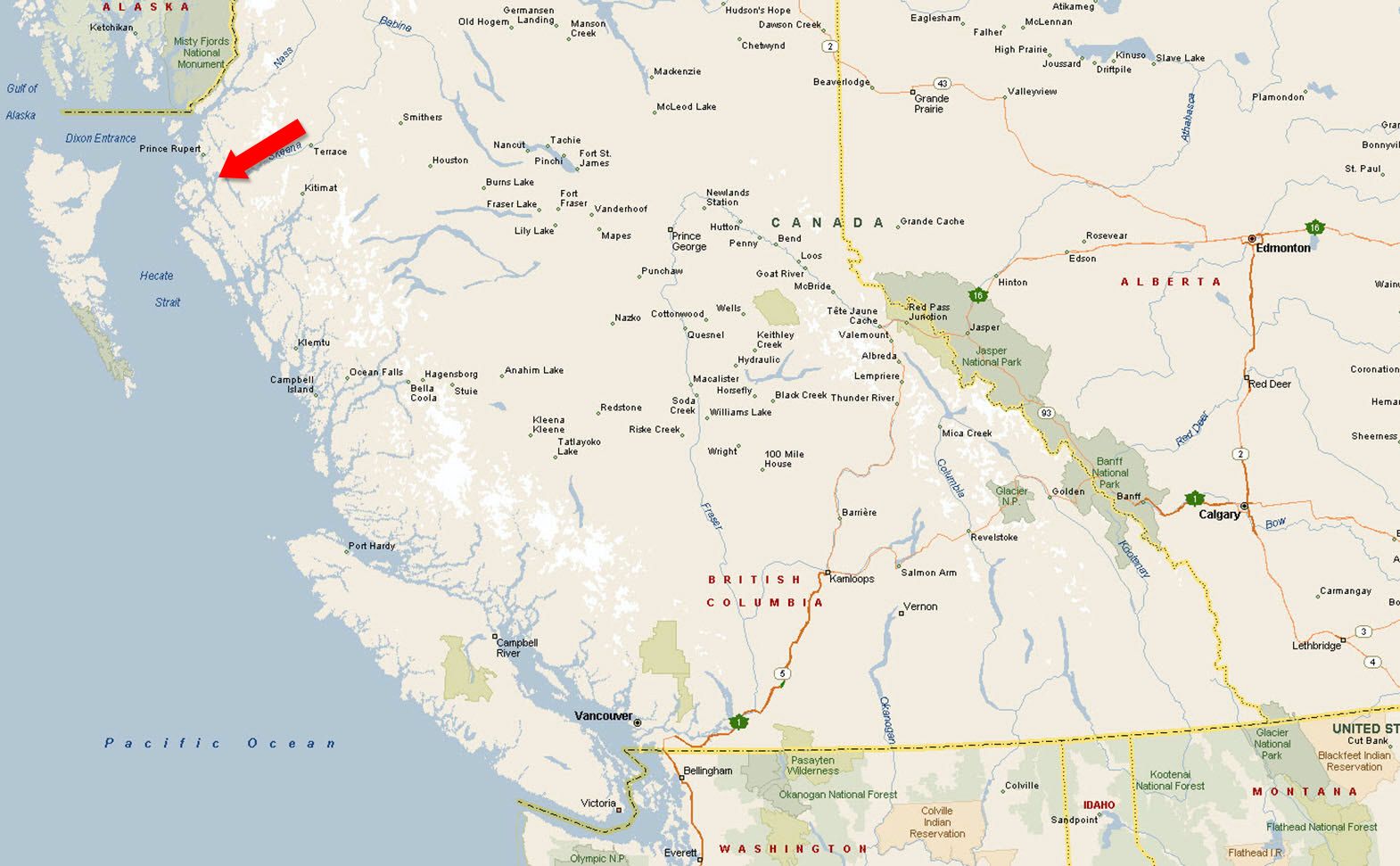 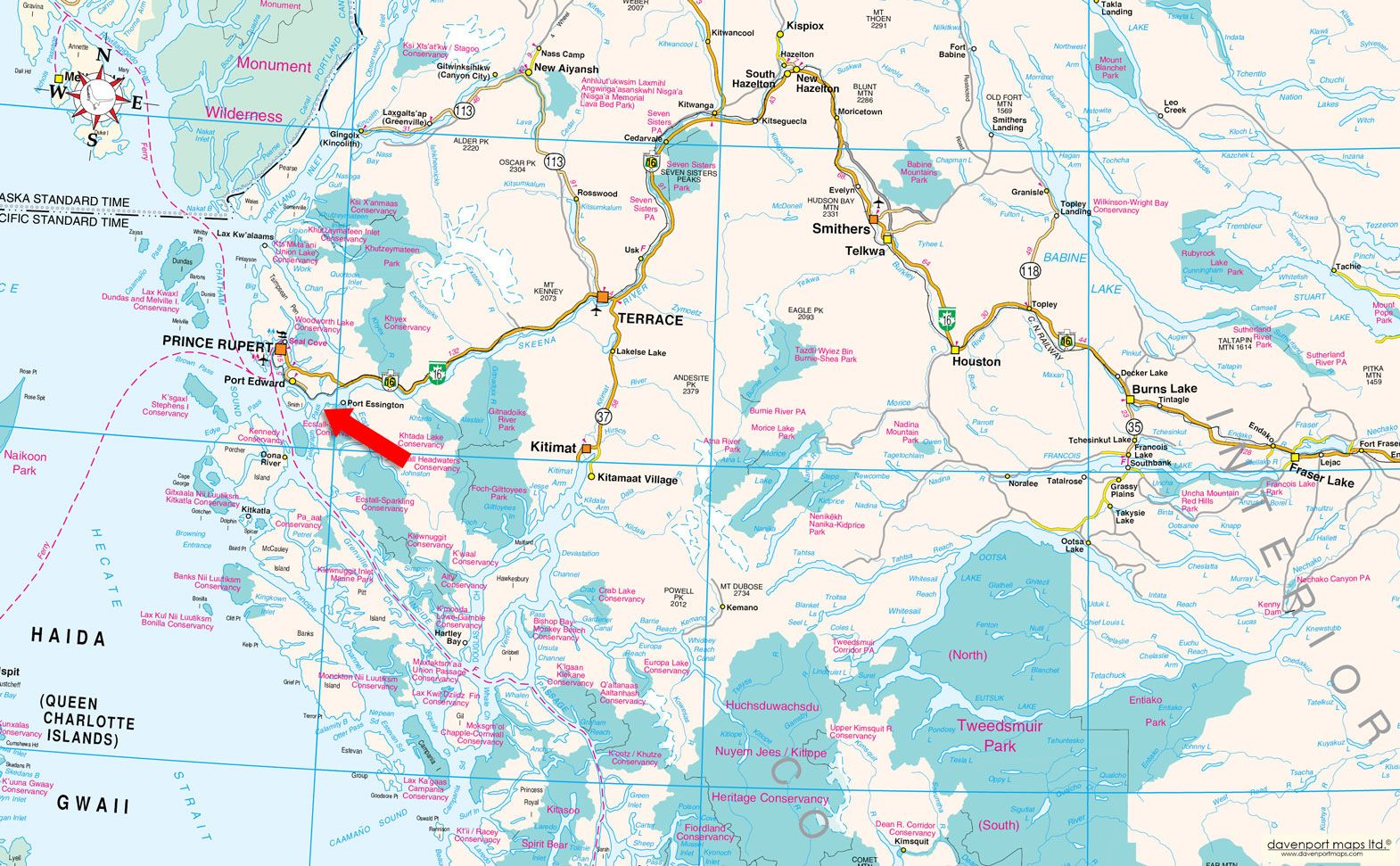 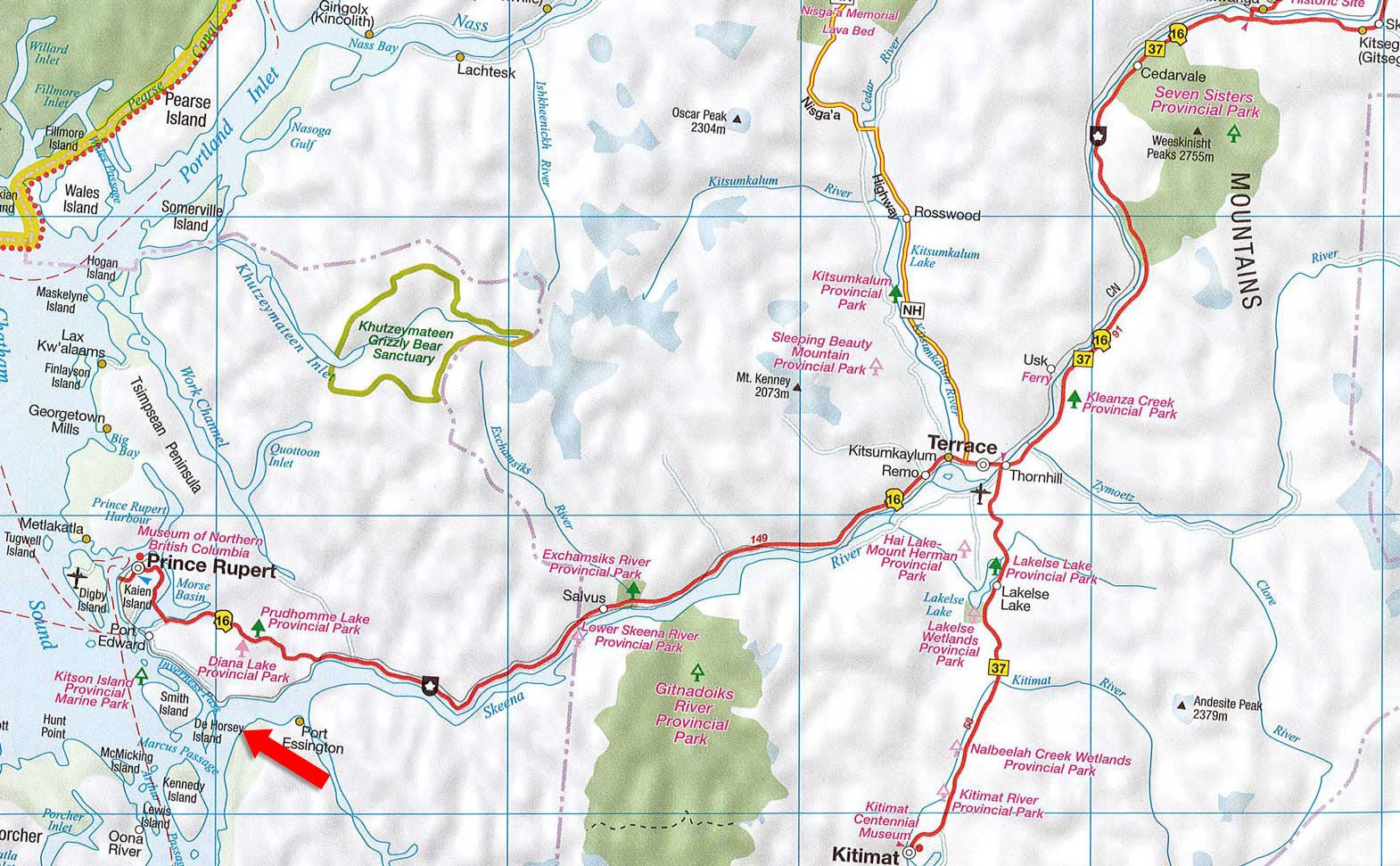 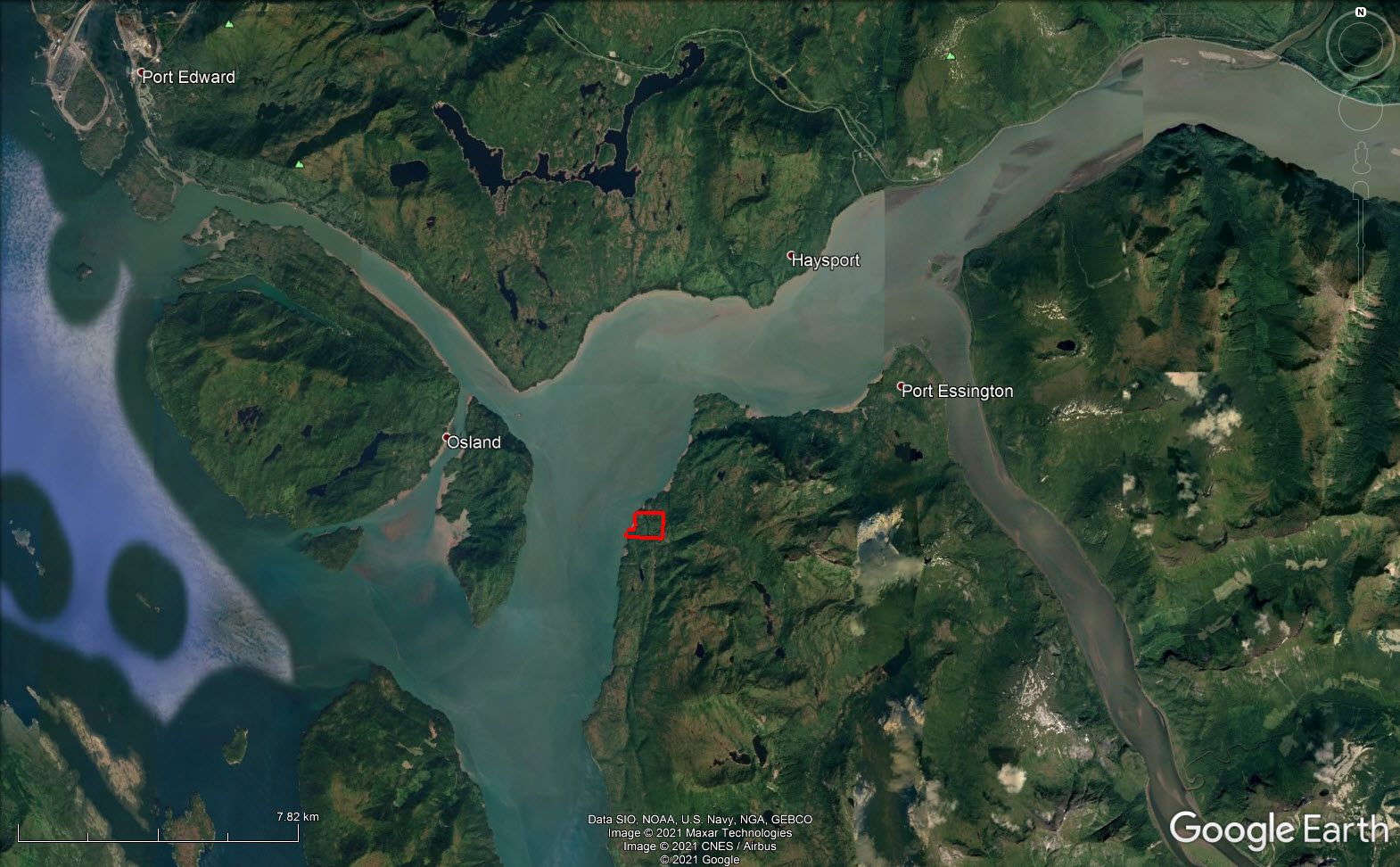 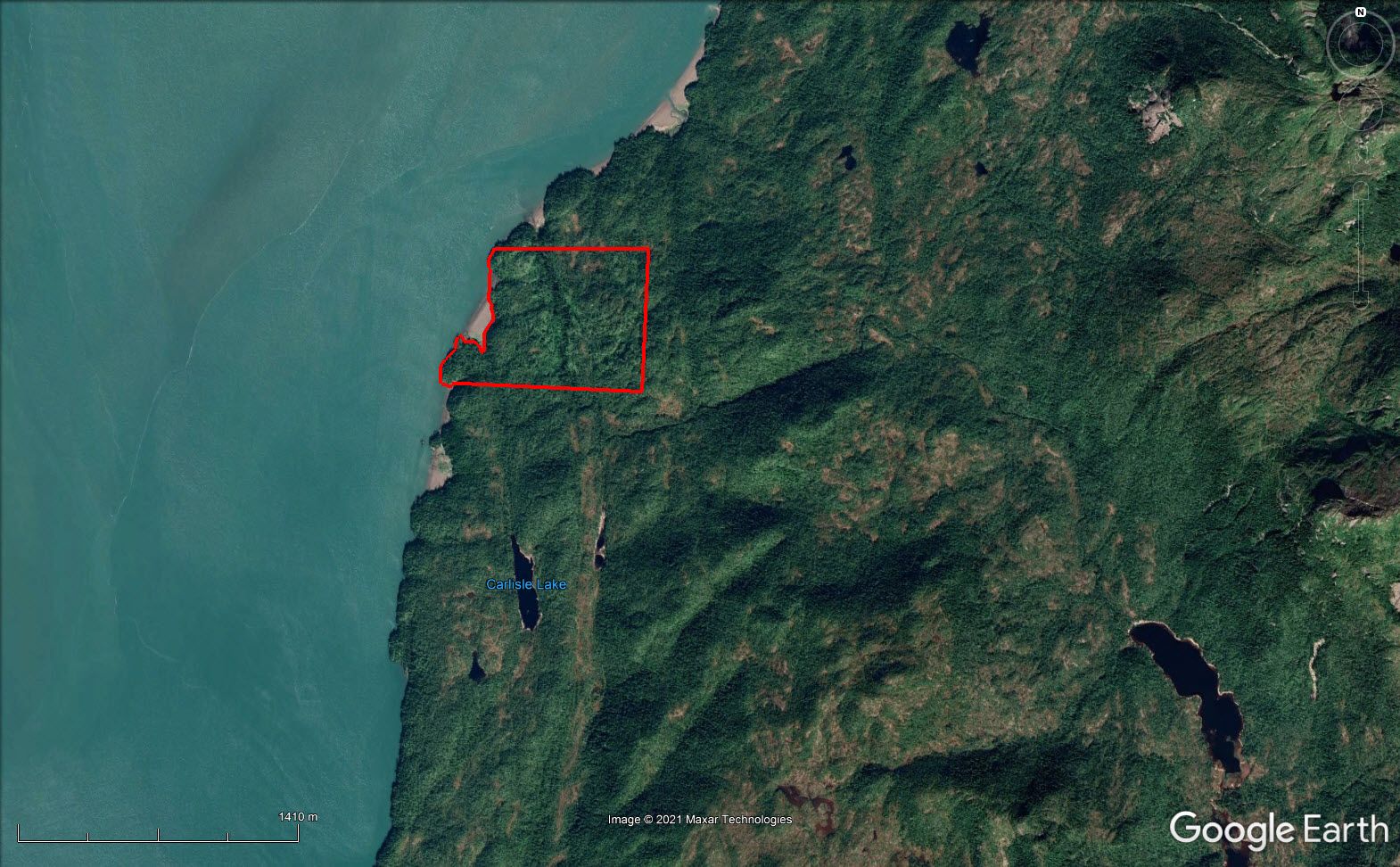 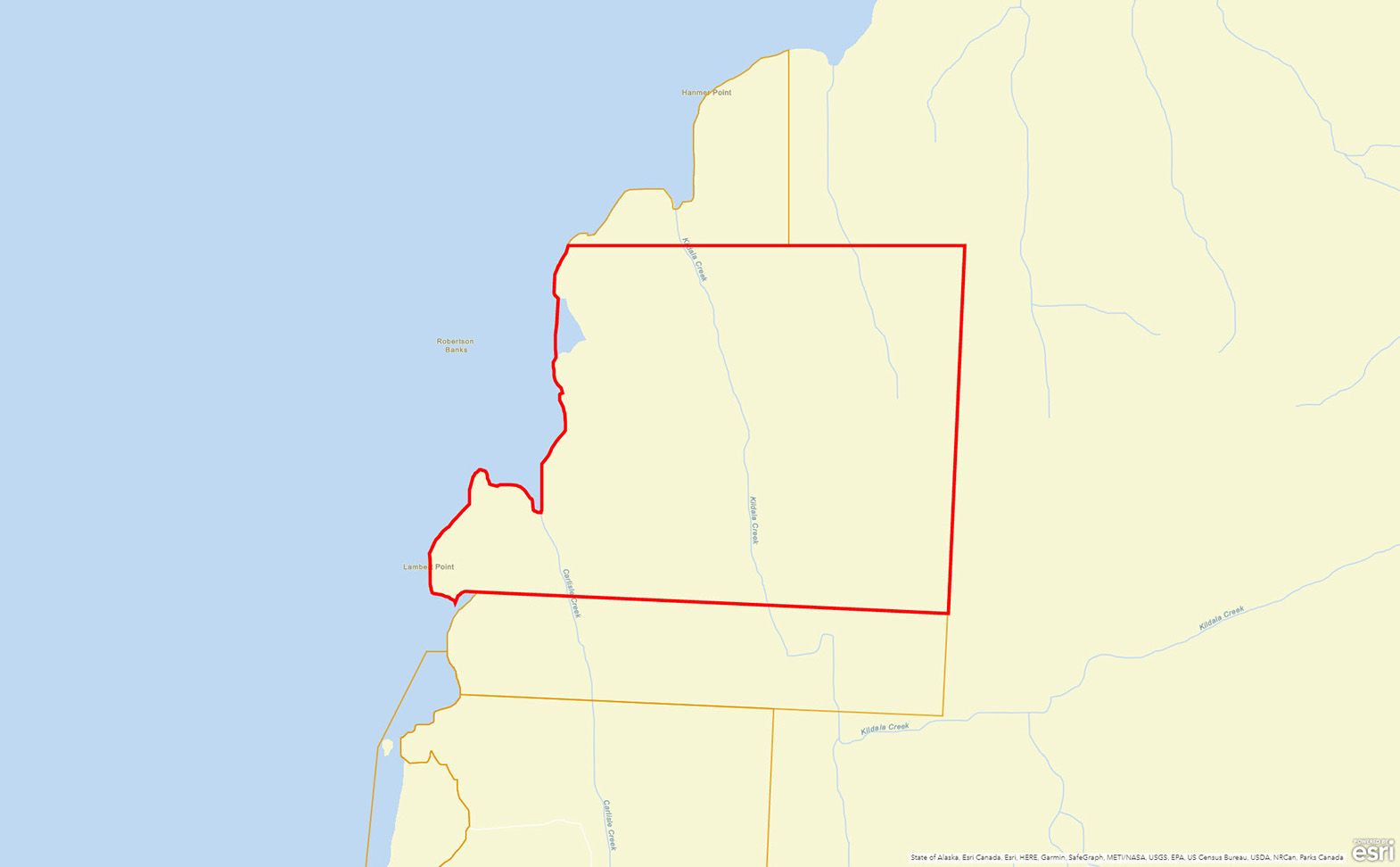 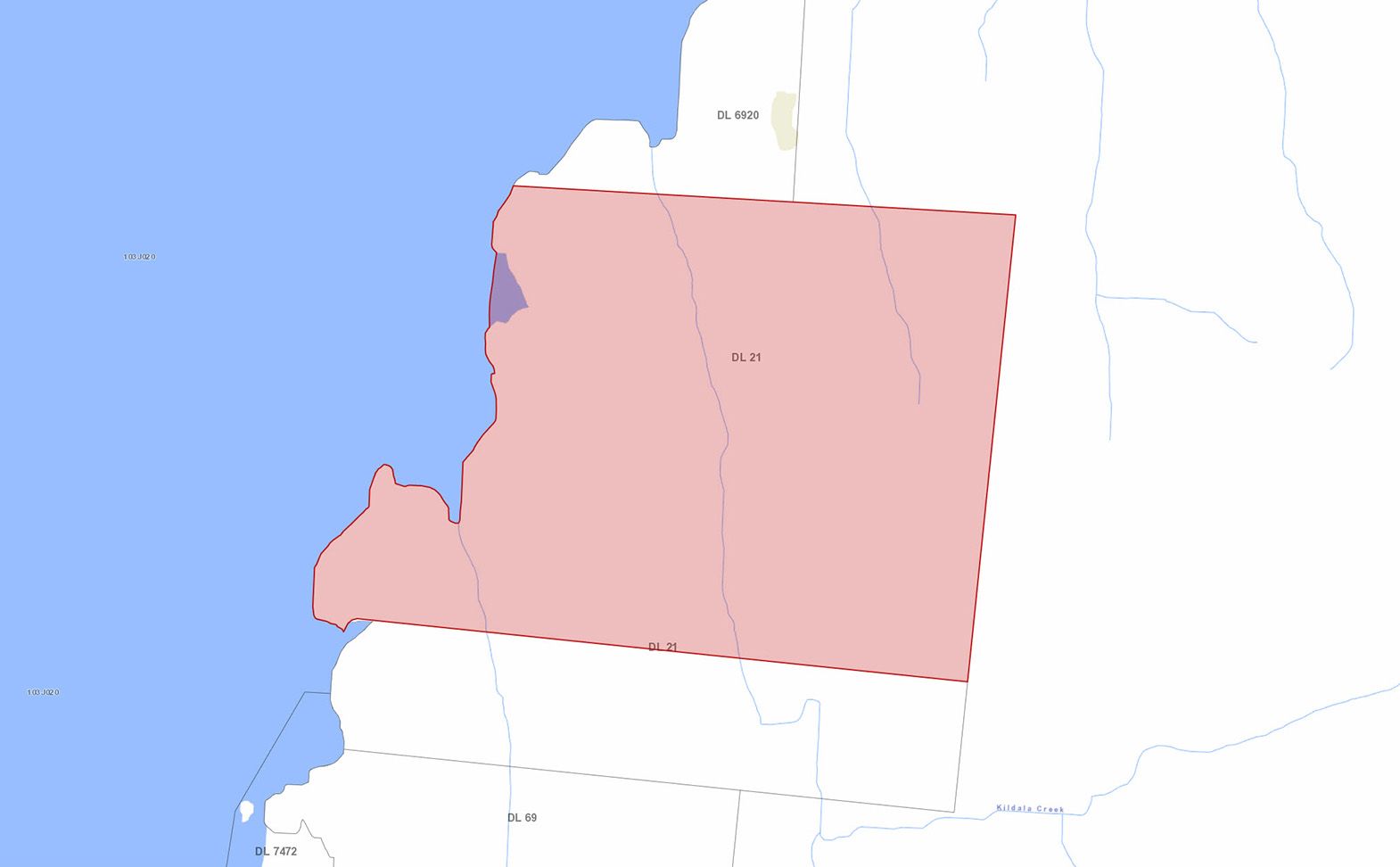 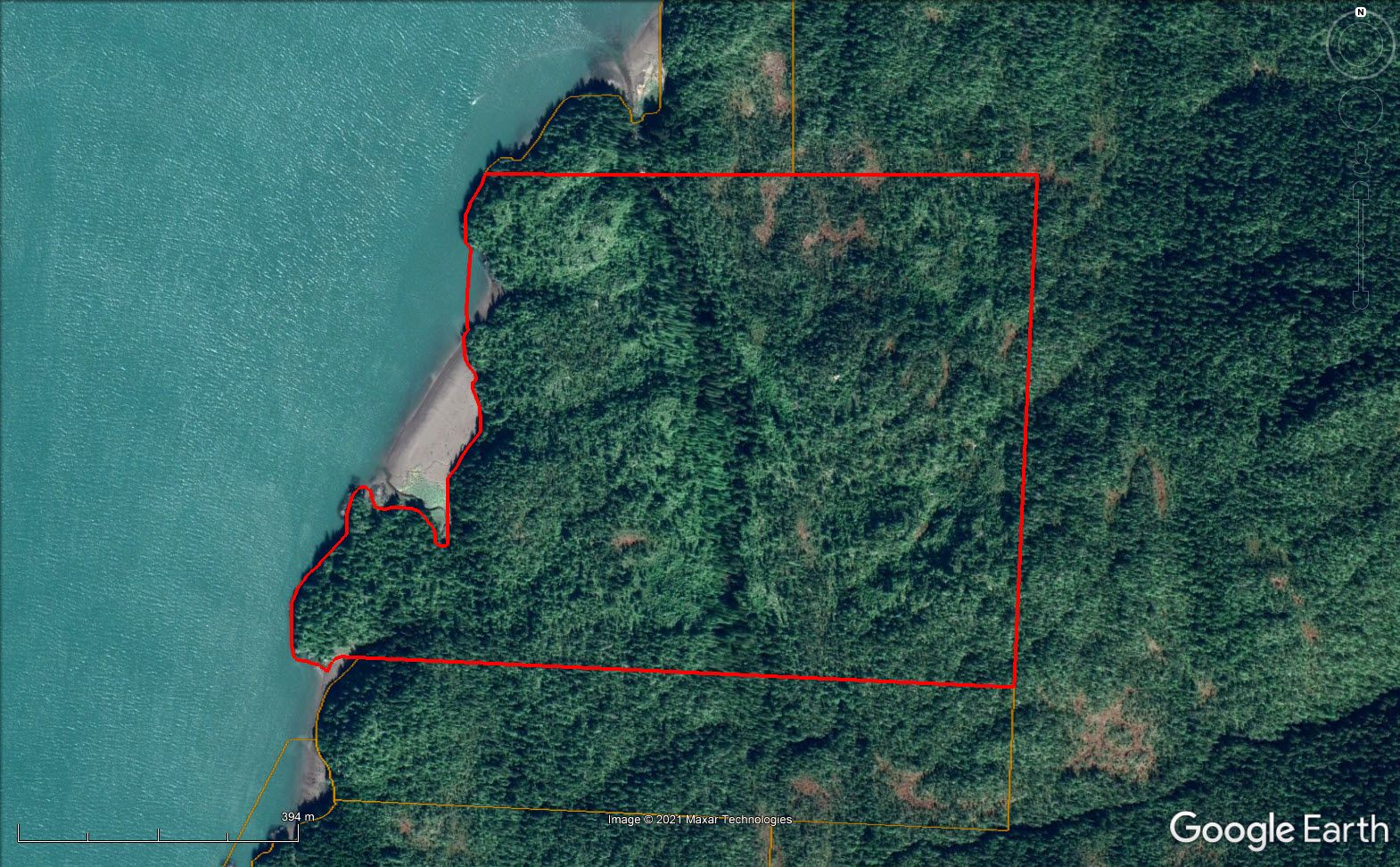 Located at Lambert Point which is right where the Pacific Ocean meets the Skeena River. 118 acres of waterfront property. Water access only, short distance to Port Edward and Prince Rupert. Raw vacant land, no services.

118 acres of oceanfront property located inside Telegraph Passage at the mouth of the Skeena River. Carlisle Creek flows through the property. The source is Carlisle Lake, which is located mostly on Crown land and partly on the neighboring District Lot 69. It may be possible to use the creek as a freshwater source, as well as a power source.

Telegraph Passage near Prince Rupert in Northern BC

The picturesque city of Prince Rupert, across Hecate Strait from the Queen Charlotte Islands, is the transportation hub for travelers to BC’s north coast.

The busy waterfront of Prince Rupert, one of the world’s largest deep-water terminals, handles a huge volume of grain, coal, lumber and potash. Forestry, fishing and tourism are the economic mainstays of the approximately 12,200 residents.

The 580 km long Skeena River is the second-largest river (after the Fraser River) lying entirely within British Columbia. Its headwaters are in the northern interior and it flows southwest to meet the Pacific Ocean at Prince Rupert, draining 54,000 km2 along the way. European settlers used the lower reaches of the Skeena River between Hazelton and Prince Rupert as a steamship route almost immediately upon their arrival in the area in 1866. By 1914, however, the second transcontinental railroad was completed along its shores and the steamship era ended. Highway 16, which also hugs Skeena River’s shoreline for this stretch, was constructed in 1944. With the highway’s completion the area opened up for more development, although the isolation of the north has kept the region’s population relatively small.

Telegraph Passage was named in 1865 from the fact that large supplies of telegraph wire and various stores were landed here to carry out the construction of the "Collins Overland Telegraph Company."

Standard Cannery was located on this property opposite Kennedy Island. In 1889/1890 Captain John Irving and his associates built a salmon cannery on the site during the winter. The plant was also known as Port Irving Cannery. Standard Cannery was one of the first to be built out of the more protected waters of the Skeena River mouth and closer to the newly extended fishing grounds. The flat-bottomed fish boats had been confined to protected inside waters, eventually creating considerable congestion. The new round-bottom type vessels, which were more seaworthy, permitted fishermen to work the waters of Chatham Sound, limited only by weather and rowing distances. Thus, the entire salmon fishing industry began to move out of the early confinement into open waters, and eventually toward the more consolidated urban transportation centres.

In 1892 Captain Irving sold the Standard Cannery to the Victoria Canning Company of British Columbia Limited. In 1902 Standard Cannery was purchased by British Columbia Packers Association. In 1902 it was closed. It was then used as a fish camp for Balmoral Cannery and later for Claxton Cannery. In 1921 it became the property of BC Fishing and Packing Company. In 1934 BC Packers Limited took ownership of the property.

None - Carlisle Creek flows through the property, which may supply fresh water and an alternative power source.